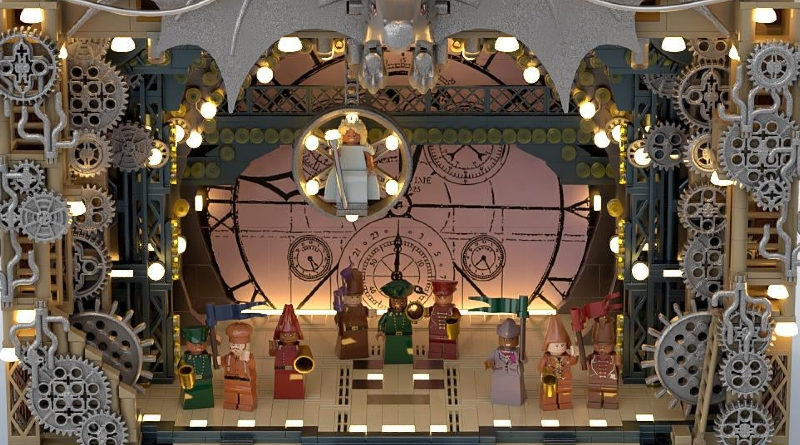 LEGO fans can relive the joy of watching a musical in this truly ‘Wicked’ build, featuring a full stage and digital theatre lighting.

LEGO builders continue to take inspiration from the world around them as this build recreates a West End theatre stage, all set up for the Wicked musical, and the show has already started.

In what can’t be a coincidence, thetheatreblogger is the builder behind this model, which is a digital render. The build was posted to Reddit and is made up of over 4586 pieces, with 10 minifigures performing the ‘No One Mourns The Wicked’ song from the production.

The build specifically aims to recreate the stage from the West End theatre run of the musical, with details from the metallic dragon to the gears embedded in the stage represented. When comparing it to the real-life production, as pictured above, it makes the creation that much more impressive.

At the back of the stage, a clock face is displayed on bricks, separated from the back wall, fans might be able to spot some sloped pieces forming the curve at the edge of the clock.

With the build being a digital render, thetheatreblogger is able to make use of lighting to recreate the special effects from the actual production, with 795 light sources being used in bricks, all without the wires it would take in real life. 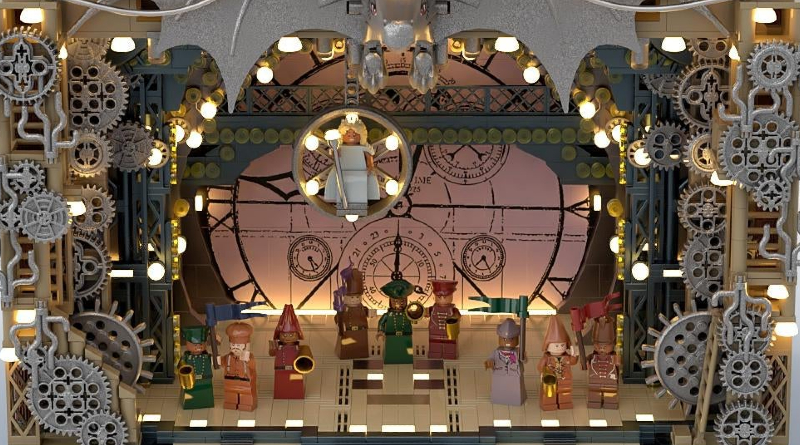