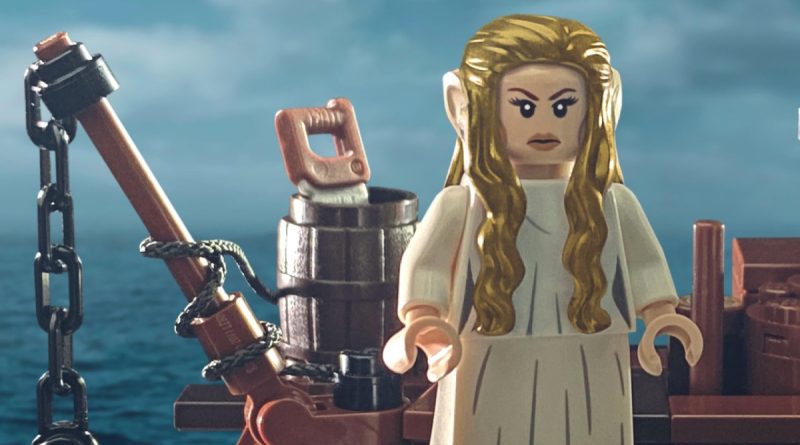 Hungry for more The Lord of the Rings: The Rings of Power now that the first season is done and dusted? Assuage your appetite with a stunning recreation of the finale’s best scene in LEGO.

Amazon’s deep (and incredibly expensive) dive into the Lord of the Rings universe wrapped up last week, with major reveals and massive developments closing eight episodes of epic fantasy in Middle-earth. Tolkien purists may find flaws in the way the show treats long-established lore, but for general audiences The Rings of Power delivers an enchanting vision of the Second Age.

Warning: spoilers follow for the entirety of The Rings of Power’s first season, including its climactic conclusion in Episode 8’s ‘Alloyed’.

Part of the mystery surrounding The Rings of Power’s first season is, of course, the identity of Sauron. His presence is felt throughout the first seven episodes, predominantly through Galadriel, who is determined to hunt down the chief servant of defeated Dark Lord Morgoth. Credible contenders for being the big bad include the grey-haired stranger who falls from the skies – and is swept up by the Harfoots – and Halbrand, whom Galadriel proclaims King of the Southlanders.

The show’s finale initially wrongfoots us by revealing The Stranger to be Sauron, courtesy of the mysterious white-robed characters who’ve been tracking him all season. But they’re ultimately mistaken, and as the episode rolls on, a thousand fan theories are instead proved correct: the guy Galadriel’s been hanging out with for the past seven episodes is, in fact, her nemesis.

The reveal of Halbrand as Sauron is topped off through a flashback to his first meeting with Galadriel, aboard a raft in the ocean, in which his reflection in the water forms the iconic armour worn by Sauron in Peter Jackson’s Lord of the Rings trilogy. It’s a stunning visual in a show packed with them, and it’s this scene that redditor BrickPanda82 has recreated in an equally impressive LEGO image.

Their model uses the Galadriel minifigure included in 79015 Witch-King Battle, along with custom minifigures for Halbrand and Sauron. It’s the lighting, artistry and attention to detail that really make this image, though, and have us longing once again for official LEGO The Rings of Power sets.

At the moment, there’s nothing to say those are imminent – and the sheer lack of merchandise around Amazon’s show suggests there never will be, either. According to the rumour mill, we can at least look forward to LEGO The Lord of the Rings making a comeback in 2023, revisiting the characters (and possibly events) of The Fellowship of the Ring, The Two Towers and The Return of the King.