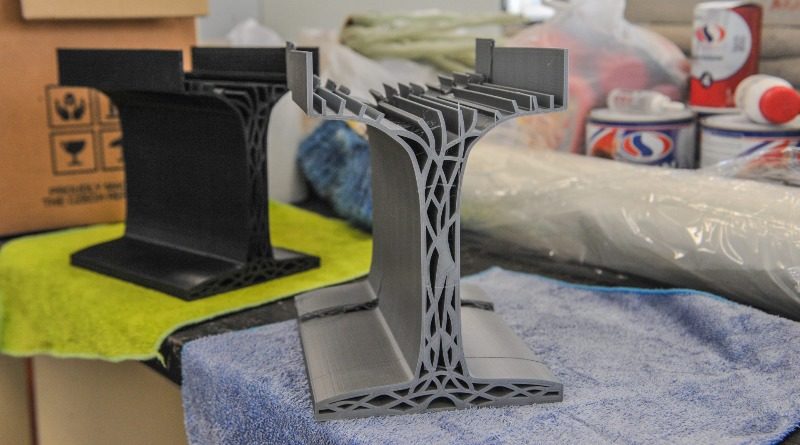 The plastic beams are based on LEGO bricks and just as strong as concrete ones, while weighing substantially less.

Researchers from the Polytechnic University of Valencia (UPV) developed the new form of beams. They’re made up of smaller pieces that slot together like LEGO bricks. Each one is created using recycled plastic waste and a 3D printer.

Together, they form beams that are 80% lighter than traditional concrete beams. Once built, they are set in a layer of concrete, requiring much less of it than if they were to make the blocks entirely out of the heavy substance.

Having this alternative to regular construction materials makes building large structures considerably easier for building teams. Ordinarily, large amounts of energy and time are used up just by moving beams around and arranging them on site.

“Our goal was to propose an alternative to the current reinforced concrete structures,” said José Ramón Albiol, Professor at the Higher Technical School of Engineering of Building (ETSIE) at UPV. “These are made up of profiles that are built over the entire length of the part, which requires expensive installations and is hardly transportable.”

The UPV team patented their design in October 2020 and hope that their work will make life easier for builders all over the world.