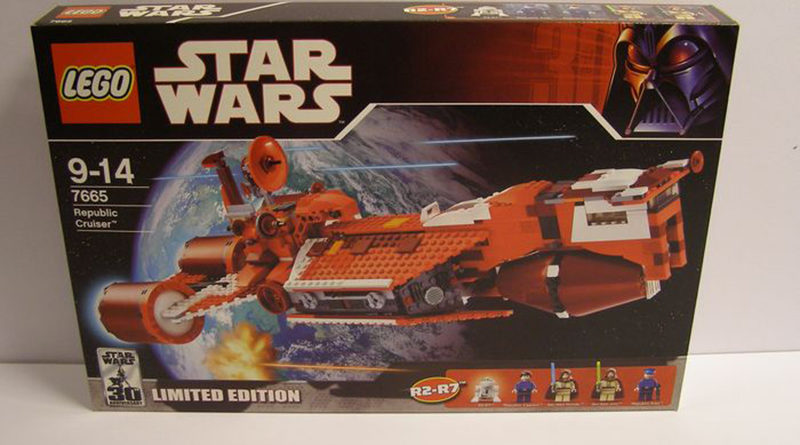 Retired sets from favourite themes are coming up for auction at Catawiki, with Lord of the Rings, Star Wars and Scooby-Doo! all covered.

It could be just the right time for collectors to fill a gap in their LEGO room, as retired sets are up for auction from collectible themes including Lord of the Rings, Star Wars and Scooby-Doo!. From the big to the essential, there’s a mix of sets that for some fans will be the ones that got away.

Lord of the Rings was a fan favourite theme when it unexpectedly arrived in the LEGO range, and 10237 The Tower of Orthanc is the best of the best. Capturing the imposing, doom declaring tower from where Saruman observes Middle Earth, it delivers the kind of adult building experience that was much less common for official LEGO sets in 2013. Two exclusive minifigures, Saruman and Grima Wormtongue, are among the set’s 2,359 pieces.

For those who are still looking to add this set to their collection, it’s an auction to keep an eye on.

For Star Wars fans, 10198 Tantive IV is up for grabs. Not wanting to make anyone feel old, but it’s a special edition set that was released to mark the 10th anniversary of LEGO Star Wars 11 years ago. The packaging features a throwback logo to 1999, with minifigure characters in front of the Death Star, while a silver icon in the corner denotes the milestone.

There is a new version of the set currently available, which tends to distract fans from the older, classic models. Over time though, it’s likely that this original minifigure scale Rebel Blockade Runner will become the more desirable of the two.

For those who already have every edition of Tantive IV they need, 7665 Republic Cruiser might be of interest. It’s a very similar ship from the Star Wars universe, but it’s in red. Given that it makes a very, very brief appearance in the opening moments of The Phantom Menace, it’s not a set that is likely to be revisited by the LEGO Group.

That means that it’s not only the place to get the ship itself, but also the place to get R2-R7 and two Republic pilots. It is marked ‘Limited Edition’, as it was an exclusive set from the 2007 range that celebrated the 30th anniversary of Star Wars.

The two best sets from the LEGO Scooby-Doo! theme are brought together in one bundle. While Scooby-Doo! is a beloved piece of animation history, the LEGO theme did not last for long after it launched in 2015. This is a rare opportunity for collectors to pick up the two key sets that the range was anchored around. After all, what is a Scooby-Doo! collection without the Mystery Machine?