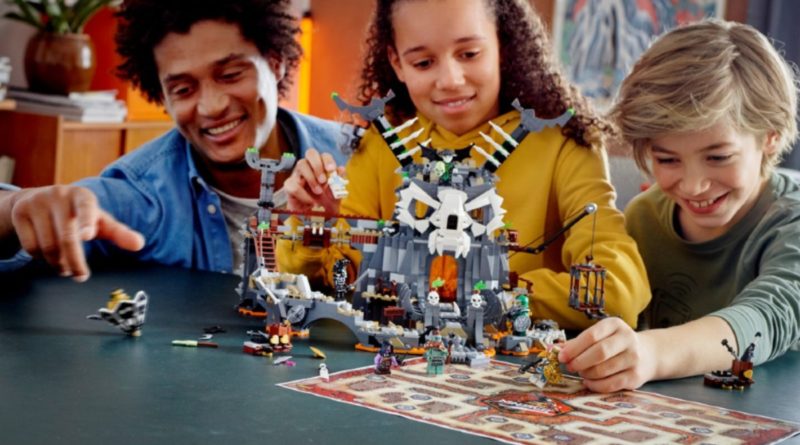 IWOOT’s latest LEGO sale has now started, offering sets from NINJAGO, CITY and more with tempting discounts before they retire for good.

With many models leaving the LEGO Group’s catalogue of builds still in production before the end of 2021, it can make for an expensive few orders to get them all.

Thankfully IWOOT has a selection of them on offer right now, including these five top picks from us:

Deep beneath the waves of LEGO CITY hides many treasures and secrets from years long since past. With a reference to LEGO Pirates and the biggest floating boat the LEGO Group has ever created, 60266 Ocean Exploration Ship has been lowered from £124.99 to £85.59 in the sale for anyone who wants to grab those larger ship pieces and the sea creature elements.

From the depths of the ocean to underneath the mystical mountains of Shintaro, one of NINJAGO’s 2020 seasons saw the team journey to the home of Geckles, Munce and the Skull Sorcerer in a full range of sets. Those will be retiring soon, including the biggest of the wave – 71722 Skull Sorcerer’s Dungeons – on offer for £63.19.

Expand your oceanic adventures from 60266 Ocean Exploration Ship with the smaller 60264 Ocean Exploration Submarine and its selection of desirable bricks including the rare anglerfish element. Featuring two submarines and four minifigures, the discounted price of £18.39 presents great value for money from a LEGO CITY set.

It wouldn’t be LEGO NINJAGO without the team’s flying home away from home as the latest build of Destiny’s Bounty captures the original look of the fantastical ship in NINJAGO Legacy 71705 Destiny’s Bounty from the first full season of the show. With exclusive minifigures for a younger Lloyd Garmadon and Samurai X as well as all four golden weapons, the sale price of £85.59 isn’t one to miss.

With NINJAGO celebrating 10 years of sets in 2021, there’s no better way to round out the list than with another NINJAGO Legacy creation. The detailed mech model of 71738 Zane’s Titan Mech Battle has been discounted in the IWOOT sale and we’ve mentioned how much we liked this set in our in-depth review.

Support the work that Brick Fanatics does by purchasing your LEGO from IWOOT through our affiliate links.