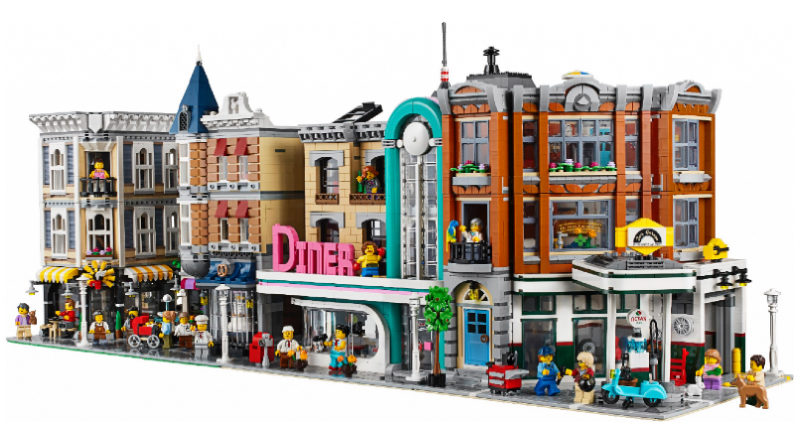 The next LEGO modular building to retire has returned to the official online store in the US – but you don’t have long left to grab it.

According to Brick Fanatics’ sources, 10264 Corner Garage will disappear from production by the end of 2021, just under three years after it first launched. That means you’ve only got a matter of months left to pick it up – and given inventory seems to be heavily intermittent at the mo, it’s a good idea to grab it when you see it in stock.

Like right now, for instance, because the 2,569-piece set has just returned to LEGO.com in the US after a prolonged absence. There’s no telling how long it will stick around for this time, but even while the LEGO Group seems to be getting on top of its wider inventory issues, 10264 Corner Garage is causing continued problems all over the world.

Case in point: it’s still listed as ‘temporarily out of stock’ in the UK, and has been for a good while. If you’re reading this update with some envy from British shores, sign up to our stock alerts and we’ll let you know if and when it returns to LEGO.com in the UK. (You can do the same in the US if 10264 Corner Garage vanishes again before you read this story.)

If you’re still on the fence over whether to add 10264 Corner Garage to your LEGO layout – and it’s certainly proved a polarising addition to the Modular Buildings Collection – you might want to check out this very cool alternate build for another reason to pick up the £159.99 / $199.99 / €179.99 set before it retires for good.