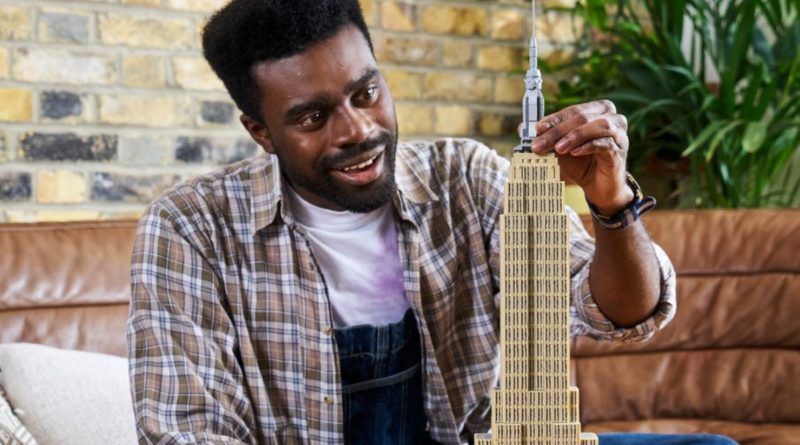 A double VIP points event has started online, making this a great opportunity to buy these huge LEGO sets, all of which are retiring soon.

The official online store is now offering double VIP points with all purchases, meaning the equivalent of 10% cashback in VIP points is on offer for a limited time. Following confirmation that a variety of models are scheduled to retire, as well as our updated guide to every build leaving LEGO.com by the end of 2021, such an event might be an ideal moment to buy one or more sets.

Here are five colossal creations that will net you a healthy sum of bonus VIP points during the latest event, ensuring that you don’t miss out on them too.

A trip to The Big Apple is first on the list, with LEGO Architecture 21046 Empire State Building recreating one of New York’s most iconic skyscrapers.

Featuring in the new LEGO Star Wars Terrifying Tales Halloween special, the imposing fortress of Mustafar is the main subject of 75251 Darth Vader’s Castle. Across three floors, and one hangar beneath the surface, Darth Vader can rest, recuperate and plan the Empire’s next moves according to his master’s will.

With two exclusive minifigures and the Sith Lord’s TIE Fighter, 75251 Darth Vader’s Castle represents a location that may not be recreated soon after its retirement at the end of the year.

A double VIP points event marks a great opportunity to stock up on the digital credit with the help of the biggest sets currently available from the official online store. The retiring LEGO Creator Expert 10261 Roller Coaster fulfils that criteria.

Featuring 11 minifigures and 4,124 pieces rebuilding one iteration of the amusement park icon, 10261 Roller Coaster is currently worth 4800 VIP points and is the next set in the Fairground Collection to be leaving the official online store.

For a model that’s more of a challenge to build, LEGO Technic 42083 Bugatti Chiron provides a complex creation that’s just as functional as the real supercar.

At a size of 3,599 bricks, all stored in an interesting box that you can see in our report of the set’s reveal, 42083 Bugatti Chiron even includes a top speed key to unlock a feature of the LEGO Technic vehicle. Those hoping to own the real Bugatti Chiron can still purchase the LEGO Technic model as an affordable alternative, but only until December 2021.

The re-released LEGO Ideas 92177 Ship in a Bottle is offering a second chance at owning 21313 Ship in a Bottle. The set, which was so popular to be one of two models in theme to receive a second launch.

Capturing the look of the classic decoration, LEGO Ideas 92177 Ship in a Bottle features few changes from the original build. We’ve got an in-depth review of the first model ready to read, but when it comes to the reissued set, its days of sailing are numbered.

The only LEGO Stranger Things set will soon retire from LEGO.com, with 75810 The Upside Down being the only brick-built recreation of the popular Netflix series.

With the fourth season recently receiving a trailer, and an earlier tease, anyone aiming to get the minifigure cast will want to order 75810 The Upside Down soon. The bonus 1,440 VIP points will also help you get a discount should more Stranger Things sets arrive in 2022.