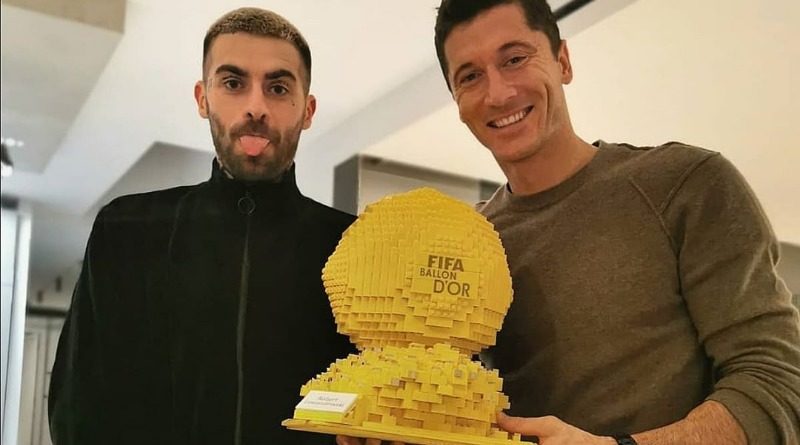 Footballer Robert Lewandowski missed out on the real Ballon d’Or this year, but Polish rapper Quebonafide has come to the rescue with a LEGO version.

The Bayern Munich superstar enjoyed an incredible season in 2019-20, helping his team win the Bundesliga, DFB-Pokal and Champions League treble. He was also the top scorer across all three competitions, firing in 55 goals over 47 games.

That work rate saw him named UEFA Player of the Year back in September. And it would have placed him in serious contention for the prestigious Ballon d’Or, which counts Cristiano Ronaldo and Lionel Messi amongst previous winners.

Unfortunately for Lewandowski, the organisers of the Ballon d’Or decided to cancel the award this year after the coronavirus pandemic curtailed football seasons around the world. But that doesn’t mean he’s missed out altogether.

The Polish international took to Instagram yesterday to pose with a brick-built LEGO Ballon d’Or, courtesy of Quebonafide. It’s not clear whether the rapper designed the gong himself or just had it commissioned, but either way, it must have provided some comfort to Lewandowski. Hopefully it will now take pride of place in his trophy cabinet…

One thought on “Robert Lewandowski wins the (LEGO) Ballon d’Or”