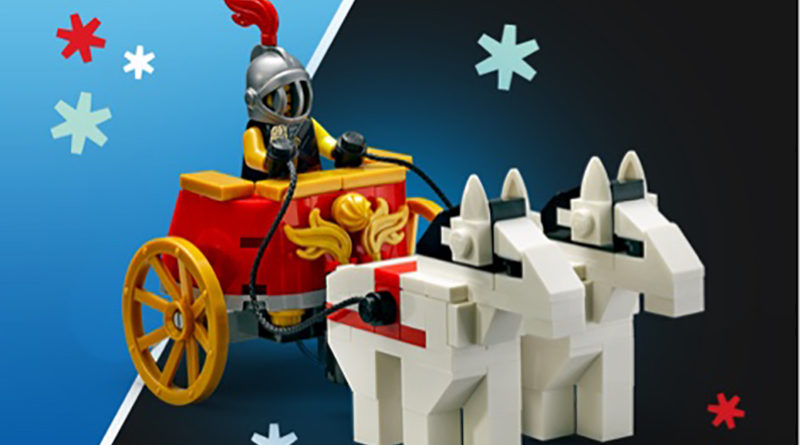 The Roman Chariot originally given away with 10276 Colosseum has returned to LEGO.com in the US, where it’s now free with any $600 purchase.

That puts it as the highest-ever qualifying spend for a freebie through official LEGO channels, although it’s perhaps not intentional on the LEGO Group’s part. According to the US site’s ‘offers and sale’ page, 5006293 Chariot will only be added to VIP orders that include 10276 Colosseum, which retails for $549.99 in the US.

However, thanks to a tip-off from Brick Fanatics reader Ray, we’ve been able to successfully activate the gift-with-purchase on any combination of sets totalling at least $600 in value. True to the terms of the freebie, adding 10276 Colosseum alone will also see the Roman Chariot pop up in your bag, allowing you to bring it home with ‘only’ a $550 spend.

The Chariot will apparently be available through May 22, but we wouldn’t be surprised to see that deadline extended even further, given stock of the GWP is still hanging around six months after its original launch.