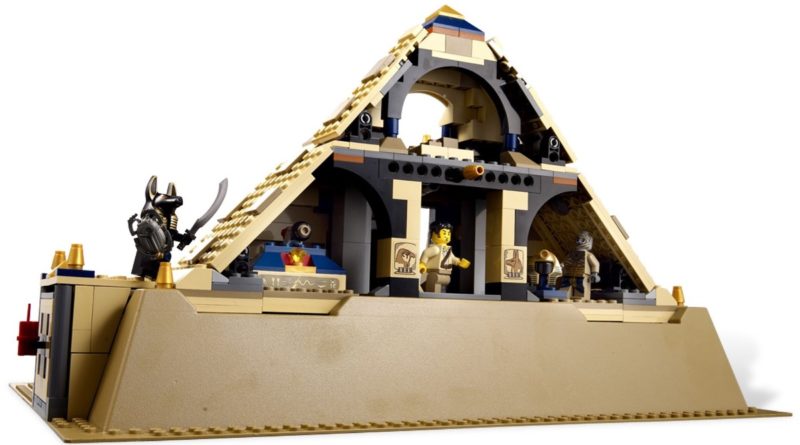 Several more details have appeared about 21058 The Great Pyramid of Giza, a potential future release in the LEGO Architecture range.

21058 The Great Pyramid of Giza is a rumoured addition to the LEGO Architecture line. The Architecture line has typically focussed on relatively modern buildings and cityscapes. However, it’s also taken a deeper dive into the past with sets like 21041 Great Wall of China.

This rumoured set appears to take the latter approach, and (if Promobricks is to be believed) it could shape up to be one of the theme’s most exciting additions. It reportedly recreates the pyramid as it appeared in the distant past, with white bricks used in its construction. A golden piece (or pieces) will be used to cap it.

Moreover, only the front half of the pyramid is apparently modelled; the back will be open inside to reveal different chambers. However, if you want to build a complete pyramid you will supposedly be able to combine them.

In addition to the main pyramid, some scenery will appear in front of it. We’ll be able to see a stretch of the Nile river, some palm trees, and various man-made structures including two smaller pyramids.

While LEGO has a substantial history of Egyptian-inspired products, pyramids are relatively rare in the LEGO Group’s product collection. The best one we got was 7327 Scorpion Pyramid in 2011 (pictured above) although we suspect a more serious model will prove appealing.

Promobricks gives the price and parts count for the set as €139.99 and 1,476 pieces. It’s due to release on June 1, 2022. None of these details have been confirmed by the LEGO Group yet, but with luck we’ll get some official details soon.