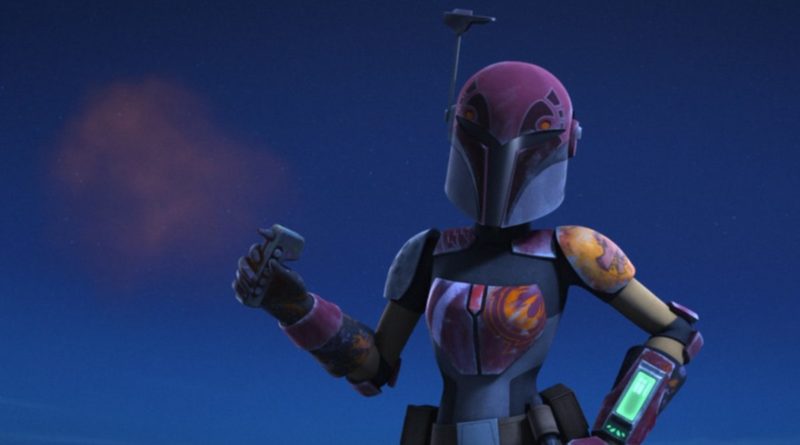 It’s been revealed that Lucasfilm has cast the live-action version of Sabine Wren in the upcoming Star Wars: Ahsoka Disney+ series.

Deadline has reported that Natasha Liu Bordizzo (The Society) will be wearing the helmet of Wren, a character who first appeared in the animated Star Wars Rebels series. Bordizzo would star opposite Rosario Dawson’s Ahsoka Tano in the limited series due to start production in March.

Star Wars: Ahsoka is planned as a live-action continuation of the character’s story following her appearance in The Mandalorian Season 2. The show will be written by Dave Filoni and executive produced by Filoni and Jon Favreau. Rumours suggest that a LEGO Star Wars BrickHeadz version of Ahsoka Tano may be released in January 2022.

Sabine Wren was voiced by Tiya Sircar in Star Wars Rebels and is a young Mandalorian warrior, graffiti artist, Imperial Academy dropout and former bounty hunter. Wren was last seen in the season finale of Star Wars Rebels as she and Ahsoka set off in search of Ezra Bridger. It’s unknown at this point if live-action versions of Bridger and Rebels’ antagonist Grand Admiral Thrawn will appear, but rumours suggest Hayden Christensen’s Anakin Skywalker could be featured in flashbacks.

A minifigure version of Sabine Wren previously appeared in the now sold out 75267 Mandalorian Battle Pack and as a playable character in the LEGO Star Wars: The Force Awakens video game.