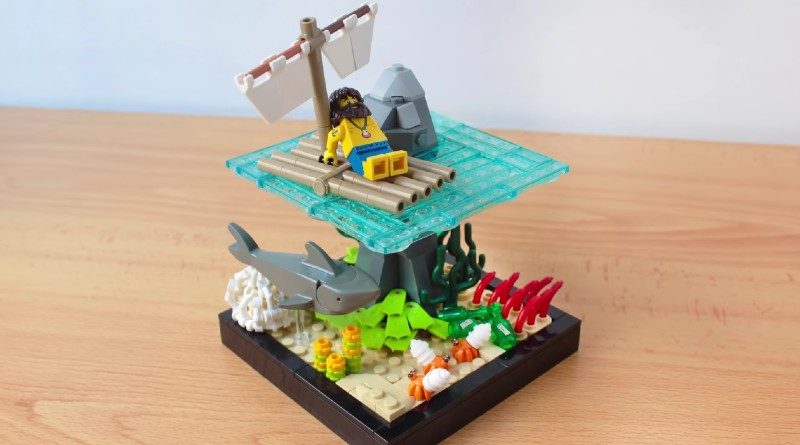 A fan-made LEGO Collectible Minifigures Series 21 vignette is casting the Shipwreck Survivor in a seafaring adventure, as an underwater world thrives beneath him.

Hachiroku24 is back with another LEGO creation, this time focusing on the most recent Collectible Minifigures Series, and one of the characters in particular.

Castaway in the Sea is a brick-built diorama for the Shipwreck Survivor minifigure that shows off one potential backstory of the character while integrating the unique piece that comes with him.

On top of the water, a raft floats along, with barely enough room for the poor minifigure as he continues to be lost at sea. Meanwhile, an underwater world is bursting with life and some unique part usage.

Either this coral reef has a major rubbish problem or the LEGO YouTuber has used a series of LEGO flippers and sausages as sea life. A colony of hermit grabs marches along, depicting the unique piece that came with the character while a shark swims above.