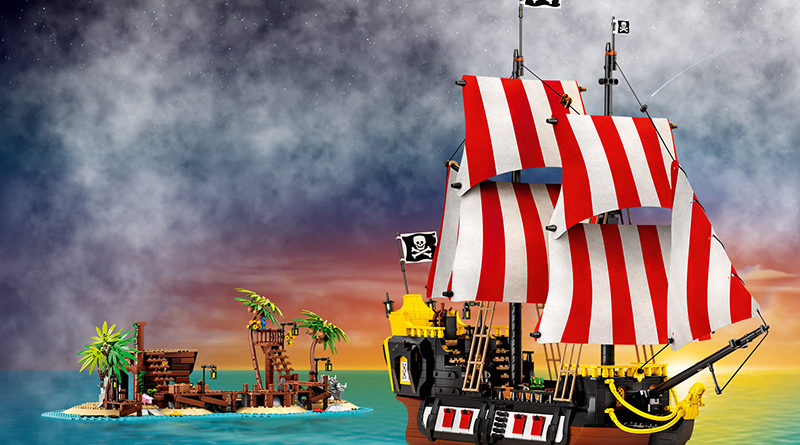 The LEGO Group is promoting another fan-made animation on their YouTube channel, this time focusing on LEGO Ideas 21322 Pirates of Barracuda Bay.

Following a Sesame street stop-motion, the LEGO Group is continuing to promote fan-made content on their YouTube Channel with a brickfilm themed to the huge 21322 Pirates of Barracuda Bay. The video features two animations from LEGO fan animators that tell different, yet somewhat connected stories.

The first animation was made by Plastic Point Productions and tells the backstory of the Pirates of Barracuda bay. The stop-motion is particularly impressive with the water at the beginning replicating the effects seen in the blockbuster LEGO Movie production. The story tells of how the Black Seas Barracuda crashed and washed up on Barracuda Bay, stranding the pirates on the island. The pirates do not mourn the loss of their seafaring life, however, but instead turning the island into a fun-filled pirate paradise with cannons and swordplay abound.

The second story could easily be mistaken as connected to the first and was made by Kermit. This tale tells of a daring pirate trying to steal the Black Seas Barracuda back from Barracuda Bay. First, their greed led them to a chest full of treasure guarded by the pirate captain, before a loud rudder door forced them into a chase around the island to escape the pursuers. Some quick thinking forces the thief to rebuild the crashed ship by loosening its parts and escape the island with a greater bounty than first thought.