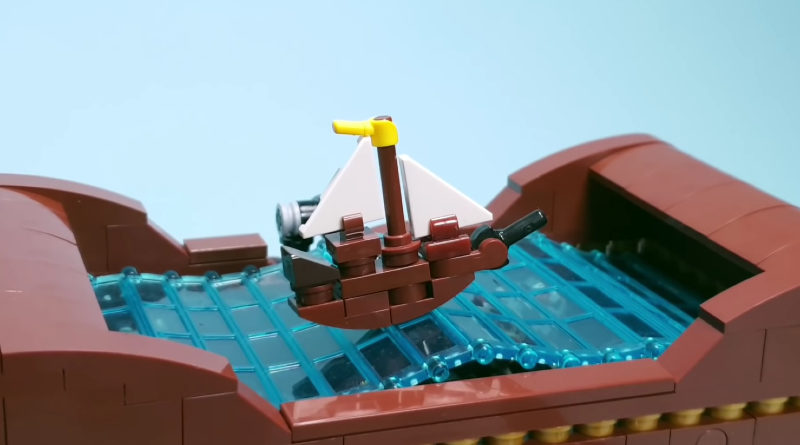 One genius fan has constructed a ship that actually rocks along the incoming waves, using only official LEGO pieces. The microscale ship constantly sails along the never-ending sea, following the path of the waves,

TonyFlow76 is the mastermind behind this build who utilises building techniques to have the ship stay in one place while it rocks along the translucent waves. The builder is no stranger to kinetic models and continues to impress in his new build.

Tonyflow76 found he had an abundance of garage door pieces and found a new use for them. Using a set of LEGO tyres running underneath that pushes the waves up, he created an ocean scene with natural-looking waves.

The ship is held in one place with a moving handle that moves up and down, allowing the ship to remain central to the model but move up and down the inclined pieces. Curves on the bottom of the ship avoid too much rigid movement for the ship and the handle is even mostly transparent to look good at any angle.

The whole mechanism sits in a brown LEGO base with raised ends and a crank on the side. Gold accents run throughout the box adding a touch of decoration to the less kinetic part of the model.