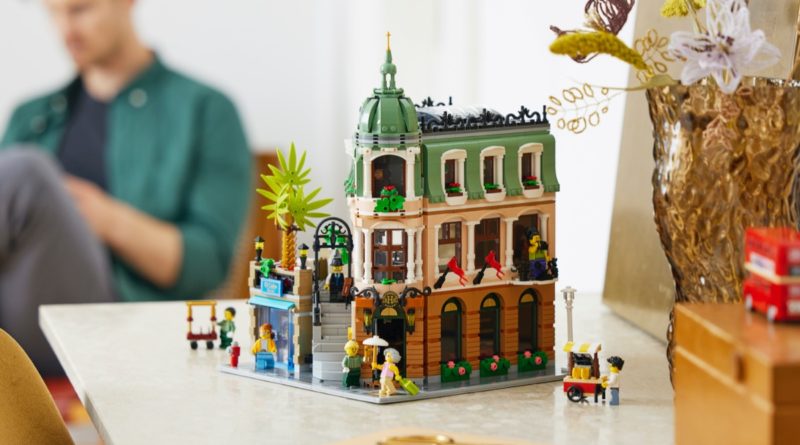 A new May Bank Holiday sale has started over at John Lewis, including a best-ever 20% off the latest LEGO modular building – 10297 Boutique Hotel.

You’re unlikely to find a better deal on the newest entry to the LEGO Creator Expert street as 10297 Boutique Hotel is currently 20% off at John Lewis, bringing the total down to £139.99. The 3,066-piece build offers your minifigures a taste of luxury across three fully-furnished floors. The hotel itself features two rooms to stay in and an art gallery next door that even references Galidor.

Since 10297 Boutique Hotel only launched at the start of 2022, a discount of this size five months after launch is a genuinely tempting deal, and it’s unlikely that the price will go down much further in the coming years given that this is an exclusive set to the LEGO Group and John Lewis.

Another modular building is also on offer for 20% off, as 10255 Assembly Square – the 10th-anniversary model for the collection – drops to £183.99. Vehicle enthusiasts with little interest in minifigure-scale builds might prefer 10265 Ford Mustang, which has been reduced from £124.99 to £99.99.

Some of the newest LEGO CITY sets, at least until the summer 2022 wave arrives, can also be picked up with a discount at John Lewis as 60348 Lunar Roving Vehicle, 60349 Lunar Space Station and 60350 Lunar Research Base are all up to 25% off. It’s not often that we see a LEGO space station, or even a moon base with a huge dome on top, making these models even more desirable with this offer.