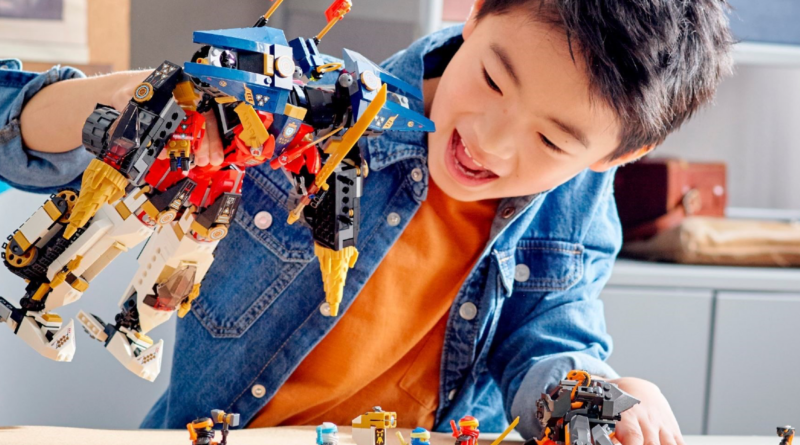 The latest John Lewis LEGO deals have taken 35% off the price of 71765 Ninja Ultra Combo Mech – a versatile LEGO set from the NINJAGO line.

This impressive LEGO model normally has an RRP of £74.99. However, John Lewis now have it for just £49.00 instead.

Unlike other releases in the NINJAGO line, 71765 Ninja Ultra Combo Mech doesn’t draw inspiration from a particular season of the NINJAGO TV show. As such, it’s a great choice for NINJAGO veterans and newbies alike. The set includes four small vehicles that can combine into a larger one. Two serpentine enemies and a small vehicle are provided to fight against.

A number of other characters from the NINJAGO theme appear too. Kai, Cole, Jay and Zane each appear in the set and pilot a different mini-vehicle. They feature individual weapons and attractive two-tone outfits. A friendly Wu Bot is also on hand to kick plastic posterior.

If you’re getting a whiff of Voltron from this set, that’s no coincidence. The set was designed by Niek van Slagmaat, who was responsible for designing the official LEGO Voltron set. While 21311 Voltron has long since retired, this NINJAGO set may prove a better toy – and a vastly more affordable one.

John Lewis offers free delivery on all orders over £50, but even with a delivery charge the set offers a notable saving. You’re also assured of great customer service from the beginning to the end of the buying process.

You’ll support Brick Fanatics when you buy your LEGO via our affiliate links.