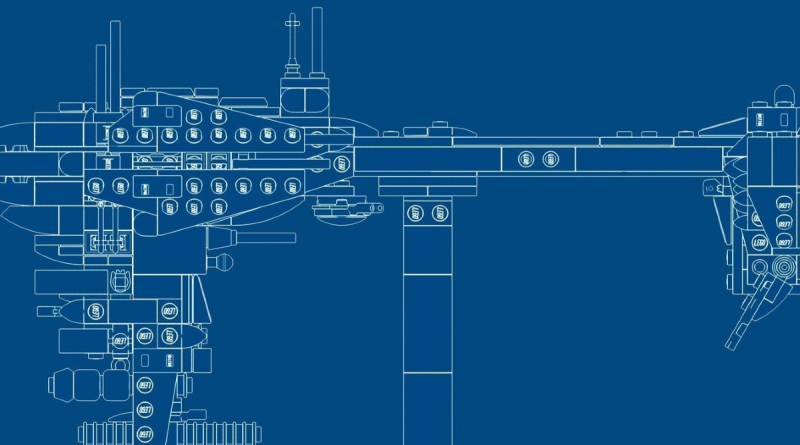 Since all LEGO vehicles look better in situ, here’s how blisteringly big LEGO Star Wars locations would need to be to match 75192 Millennium Falcon in scale.

75192 Millennium Falcon remains one of the LEGO Group’s most impressive models, five years after its release on shelves. The set has powered past most scaling for the Star Wars vehicle, measuring 21cm high, 84cm long and 56cm wide.

Since the LEGO Star Wars theme also includes various brick-built scenes, it begs the question; what would LEGO sets look like if they had to accommodate 75192 Millennium Falcon? While we hope (for our wallets’ sake) we don’t find out just yet, here’s what we’ve discovered so far.

For the sake of our calculations, we’re using the length of the most appropriate companion Falcon to work things out:

The Death Star is a treasured entry in the LEGO Ultimate Collector Series product collection. Like the Millennium Falcon itself, it’s received two different versions in this subtheme – although the latter version, 75159 Death Star, was criticised for a perceived lack of development.

In any case, it gives us a good point of reference for an article like this. We find that 75050 Millennium Falcon Microfighter fits well into this set; at 6cm high, 8cm long and 8cm wide it’s 10.5 times smaller than the UCS Falcon.

That means we need a Death Star ten times bigger than the one we have. The resulting model would be 4.2m wide, and use over 40,000 LEGO elements in its design.

This is another LEGO set that’s seen a few renditions, although it arguably lacks a definitive version at this time. 75098 Assault on Hoth comes the closest, offering several different sections of the base to play with. The set’s wall section includes a pair of sliding blast doors, that might produce a suitable exit for the Falcon. It measures 51cm wide, although the blast doors don’t cover the entire width of this assembly.

To be on the safe side we’ll use the Microfighters Falcon again, which means a wall stretching over five metres. It’d also be 1.5 metres high, ensuring sturdy protection from any Imperial forces.

75222 Betrayal at Cloud City is Cloud City’s best LEGO tribute, recreating several key locales from The Empire Strikes Back. It even comes with a landing pad, although it’s typically occupied by a mid-scale Slave I in this set.

The LEGO Group actually produced a mid-scale Millennium Falcon back in 2009, which is useful in this scenario. It measures 24cm long, so the UCS Falcon is 3.5 times longer. As such, 75222 Betrayal at Cloud City needs to be just over two metres wide and deep to have a chance of accommodating the UCS Falcon.

77904 Nebulon-B Frigate has one of the smallest LEGO Falcons ever created. The Falcon in this set measures just shy of 2.5cm in length, so the UCS Falcon is 33.6 times longer than it.

Since the LEGO frigate in this set is 31cm long, a frigate that could accommodate the UCS Falcon would need to be just under 10.4m in length. And we thought 10294 Titanic was a big ask…

After the events of the original trilogy, the Millennium Falcon finds itself mouldering away on the planet Jakku. The best representation of this location in LEGO form is 75148 Encounter on Jakku, which features Unkar Plutt’s Concession Stand. However, this forms part of Niima Outpost – a much larger structure that we’ll hopefully visit in LEGO form one day.

The Concession Stand is reasonably scaled to 75105 Millennium Falcon, which measures 47cm long – about 1.7 times smaller than the UCS Falcon. A to-scale version of the stand would be just shy of 80cm – a little out of scale with the one on screen, perhaps. Still, it would allow for plenty of scrap (and food portions) to be stored inside.

If you’re interested in beginning your own large-scale LEGO diorama, you can grab 75192 Millennium Falcon now at LEGO.com.