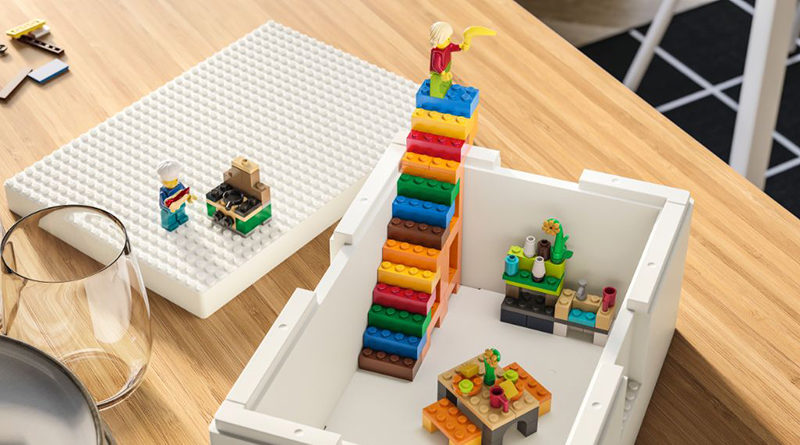 The LEGO Group and IKEA’s BYGGLEK range has launched in Singapore, and the LEGO-compatible storage boxes are already being snapped up by resellers.

8days reports that fans have been queuing outside IKEA stores on launch day (February 18), with several shoppers apparently stocking up on multiples of the four different products in the collection – despite IKEA’s limits of three of each product per customer.

The storage boxes have consequently turned up on Singaporean secondary marketplace Carousell at inflated prices, but 8days notes they’re unlikely to have much appeal: both of the country’s IKEA stores in Alexandra and Tampines have plenty of stock, while the full BYGLEKK range will also launch online on February 25.

The first 200 customers at each store received the LEGO CITY polybag 30359 Police Water Plane with a $50 spend on BYGLEKK products, which probably also goes some way to explaining the launch day queues.

“BYGGLEK is more than boxes. It is storage and play intertwined,” LEGO Designer Rasmus Buch Løgstrup said when the products were first announced. “BYGGLEK provides families with a product range that helps create space for more play in their everyday – fuelling creativity, making it possible to have more fun together.”

You can find out more about the BYGGLEK range – which originally launched in the UK in October 2020 – by reading our in-depth review of the storage boxes and IKEA’s exclusive LEGO set, 40357 BYGGLEK.