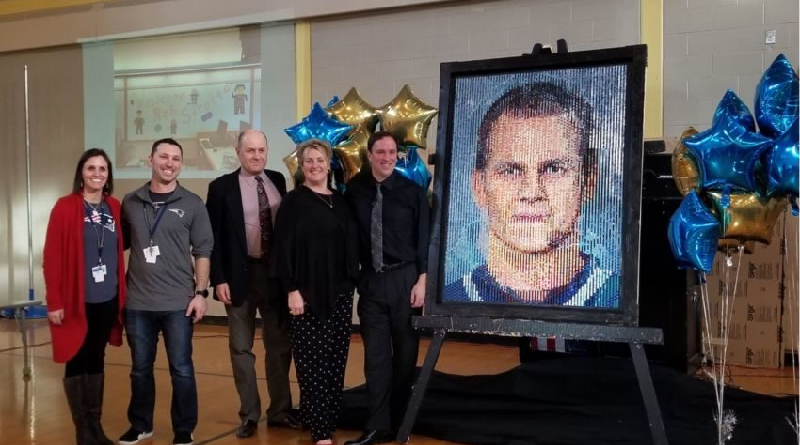 School children in the US have put together LEGO brick mosaics of sporting heroes that have received plenty of attention online.

At another school, Surette led children to build a single four and half by three and a half foot LEGO of American Football New England Patriots portrait. The optical illusion built into the model means that from one angle it presents player Tom Brady and from another it presents coach Bill Belichick.

Worldwide media outlets have paid attention to the children’s creations since they went viral on social media.

“I thought to myself, ‘Wait a minute, I wonder if I could do this magic trick where half of them angle one way, and half of them angle the other way, so you get two portraits in one,’” Surette told Boston.com. He did not reveal to the participants how the dual image portrait would work.