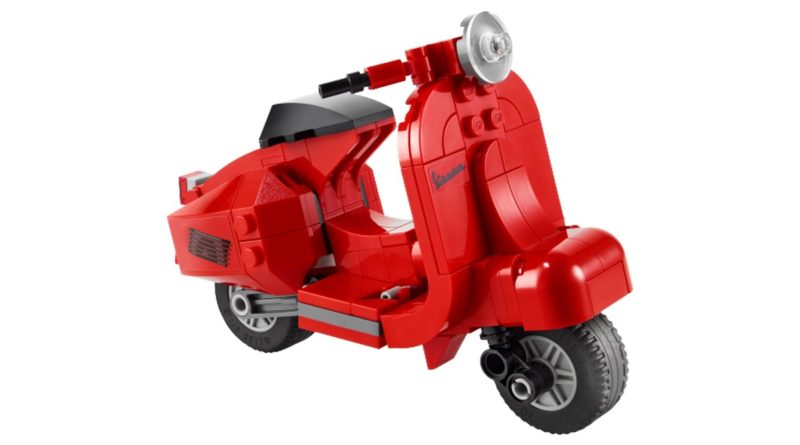 A second, smaller LEGO Vespa set has been officially confirmed on the online store, revealing an accompanying build for 10298 Vespa 125.

Following the reveal of 10298 Vespa 125, another Vespa model has appeared on the official online store via a recently added listing. Labelled 40517 Vespa, the miniature model is a smaller recreation of the iconic vehicles, depicted in a red colour scheme rather than the blue of the larger set.

Categorised as a 2022 set, the build is scheduled for launch on March 1 for £8.99 / $9.99 / €9.99. As you might expect by the name, the model is that of a small Vespa, though the description does not confirm which particular make of the scooter it is based on.

First spotted as part of a listing on a third-party retailer, the smaller Vespa model has now been confirmed as an official model that we’ve already given a full review.

40517 Vespa will likely pair well with 10298 Vespa 125 when they both launch on March 1 on LEGO.com. There are plenty of other sets releasing that day too, and you can find a full list of upcoming models by clicking here.