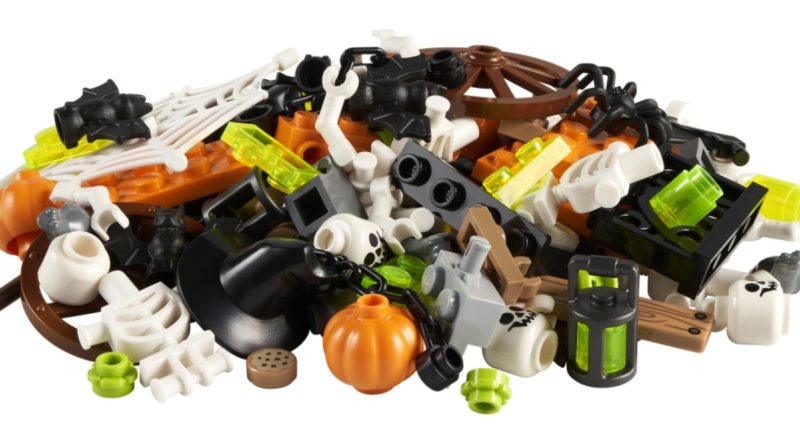 Select VIP members can now get their hands on the second LEGO add-on, with a variety of Spooky elements included in the next phase of the trial.

Following on from the first codes being sent to a few LEGO VIP users as part of the ongoing add-on test which started earlier in 2021 the next round has begun. The test sees selected members of the VIP program being sent a code for a free VIP add-on pack which can then be applied to any purchase on the official online store at no extra charge.

Following the launch of the first polybag, 40512 Fun and Funky VIP Add On Pack, just after the launch of the trial program, no others have followed until this month where the few codes for the subsequent pieces have been sent out via email.

Out of the four initially discovered sets, the second which has been chosen for the next launch is 40513 Spooky VIP Add On Pack – indicating that the team behind this program wish to order the trial according to the set numbers with potentially seasonal releases, given the current proximity to Halloween and the spooky theming of the polybag.

Official images for 40513 Spooky VIP Add On Pack, which have now been added to the official online store, reveal that the bag includes a variety of minifigure accessories and other elements.

Those who don’t receive a code and still want to get their hands on the set may have to turn to the secondary market, though it has not yet been confirmed if these or similar add-on packs will be added to the VIP rewards centre by the end of the trial. You can read through our initial report to see the final two sets that are to follow.