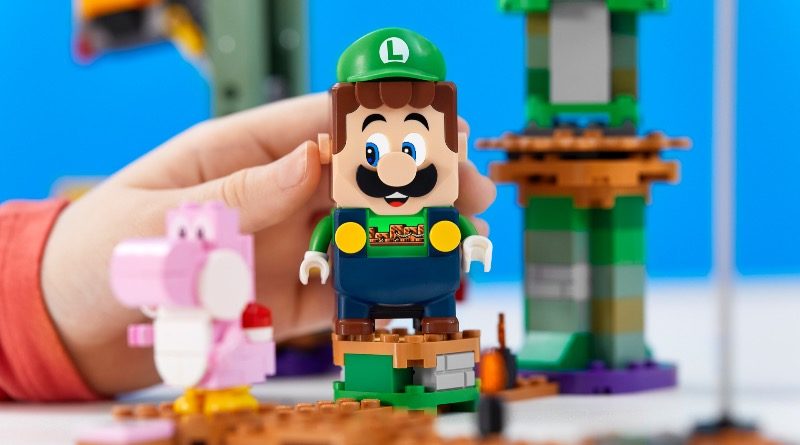 The LEGO Group has given us our first glimpse of LEGO Luigi in motion, showcasing the digital figure’s unique sound effects and character interactions.

The green plumber is joining the LEGO Super Mario line-up this August, as originally revealed by Amazon China and now officially confirmed by the LEGO Group. And just like his younger, squatter brother, Luigi will have his own set of sound effects built into his speaker.

You’ll be able to pick up the often-overlooked member of the Mario Bros. in 71387 Adventures with Luigi Starter Course, which is available to pre-order through LEGO.com right now (and will even earn you double VIP points if you order today).

If you’d like to check out everything the new starter pack brings to the table first, though, hit play on the video above to see LEGO Super Mario Design Director Simon Kent introduce us to the video game theme’s latest addition.

As you might expect, Luigi carries the same tech built into LEGO Mario, including a colour sensor and LCD screen – allowing him to interact with his environment, defeat enemies and conquer obstacles. In the starter course alone, he’ll be able to react to Pink Yoshi, battle with a Bone Goomba and go head-to-head with a new boss, Boom Boom.