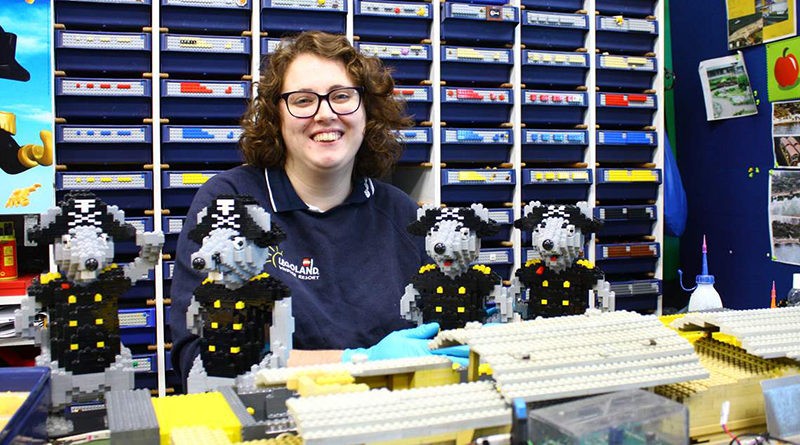 Ahead of Inside LEGOLAND: A World of Wonder debuting on Channel 5 tomorrow evening, a clip has been shared giving a taste of what the programme will offer.

In a new clip from Inside LEGOLAND, which begins tomorrow evening on Channel 5 at 8.00pm, new Model Maker Will gets some help from his colleague, April, to install a new fence at Miniland’s Buckingham Palace model. The four part series promises to reveal what goes on behind the scenes at LEGOLAND Windsor Resort, from Miniland touch-ups to attraction malfunctions.

The series has been filmed at LEGOLAND Windsor Resort during 2019 and 2020, revealing “what it takes to keep one of the UK’s favourite family theme parks running and be introduced to some of the 1,800-strong workforce who work tirelessly to create childhood memories that last a lifetime.”

In the first episode, fans will get a glimpse into what the Model Makers do, as they build, refine and update the brick built models that feature throughout the theme park. Tasks include the tiny, such as replacing the fence at Miniland’s Buckingham Palace, to the huge, such as relocating life-sized LEGO hippos.