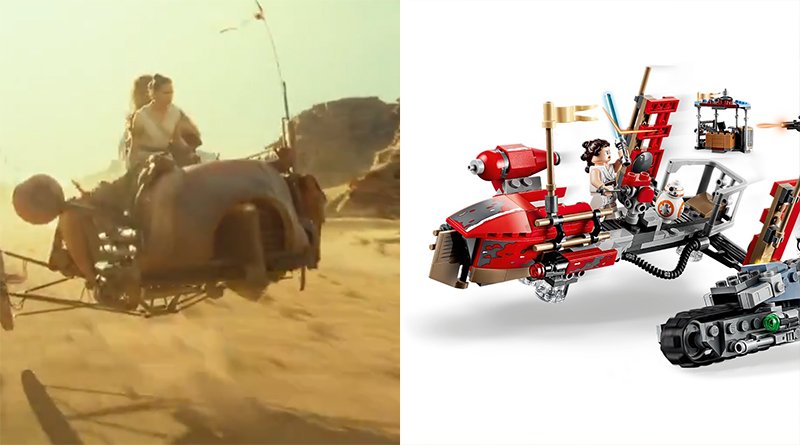 A new clip from Star Wars: The Rise of Skywalker reveals the scene that LEGO Star Wars 75250 Pasaana Speeder Chase is based on.

LEGO Star Wars 75250 Pasaana Speeder Chase was released on Triple Force Friday along with the rest of the Star Wars: The Rise of Skywalker sets. Now, the first clip from the upcoming film has been released, and it reveals precisely the part of the movie the set is based on.

In the clip, the heros are travelling across the Pasaana desert on two speeders when they are spotted by the First Order. Two Treadspeeders quickly give pursuit, firing off Jet Troopers to attack Rey, Finn, Poe, C-3PO and BB-8. “They fly now?” ask the characters, incredulously.

Five Star Wars: The Rise of Skywalker sets are available to order now:

Images of the LEGO Star Wars sets that will be available in January 2020 were recently published online, including more releases based on the final chapter in the Skywalker saga,.