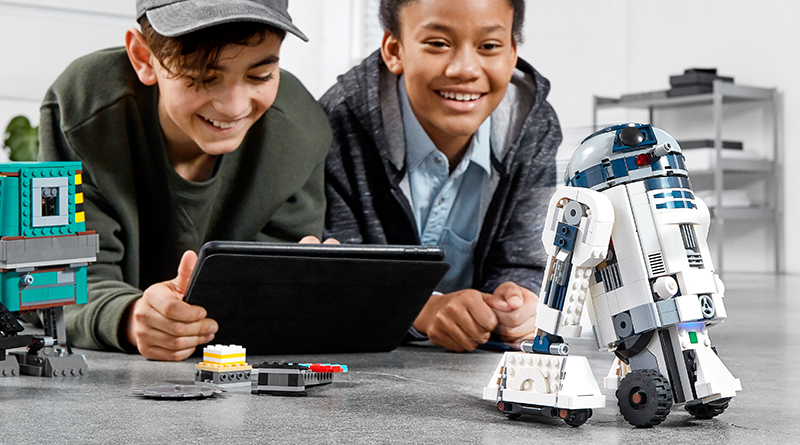 Earlier today, the LEGO Group announced LEGO Star Wars 75253 BOOST Droid Commander. The set includes 1,177 bricks, a sensor, motor and Move Hub – allowing fans to build and program their very own droids. It will be priced at £179.99 in the UK and $199.99 in the USA when it launches on September 1.

In this new teaser video, the LEGO Group reveals how R2-D2, the Gonk Droid and the Mouse Droid look in action.

As the video shows, the free app will be specially themed around Star Wars, with the ‘missions’ contained within designed especially for these new droid models. They will include party infiltration, work as a load lifter and message delivery.

To celebrate May the Fourth, shop.LEGO.com is offering three deals. Any LEGO Star Wars order totalling £75 or more will get 40333 Battle of Hoth – 20th Anniversary Edition added on for free. In addition, those logged in with a VIP account will also be able to get an exclusive LEGO Star Wars poster for free and double VIP points.

LEGO Star Wars 75244 Tantive IV was released today exclusively at shop.LEGO.com. May the Fourth promotions are also available at shop.LEGO.com while stocks last, or until May 6.