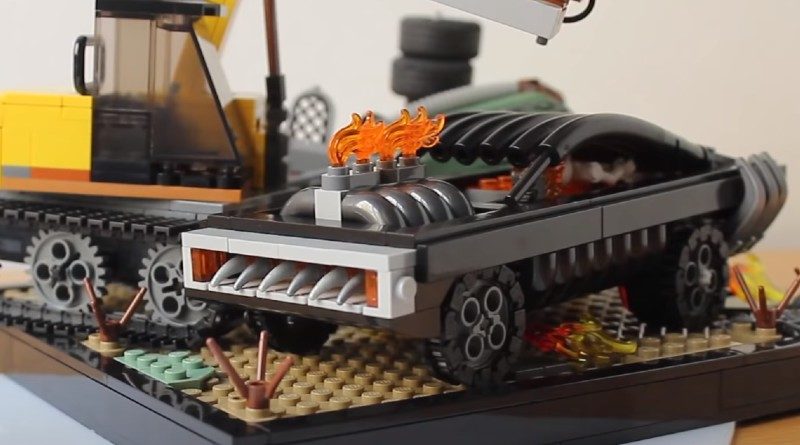 A fan-made LEGO Marvel build is pitting the web-slinging Spider-Man against the scorched Ghost Rider in a junkyard duel.

Hachiroku24 is back with another LEGO Marvel model, this time not taking inspiration from movies but creating a fiery confrontation that looks like it could be directly from the comics.

In the creation, the Ghost Rider is piloting a custom-made car around the vehicular graveyard as the hunter prowls in search of Spider-Man. Who’d have thought that the flame-fuelled foe would listen to J. Jonah Jameson.

Spider-Man perches on top of a wrecked car, hoisted by a nearby crane, adding a kinetic element to the build as it is shown off. The LEGO version of the vehicle used by Ghost Rider may not seem too familiar to even the most dedicated fans of LEGO Marvel and hachiroku24 takes to the comments to explain why.

The car used in the model is an entirely custom build made specifically for the creation, as the builder was not satisfied with the one seen in 76173 Spider-Man and Ghost Rider vs. Carnage.

Instead they opted to make another that resembles an infernal tool of destruction rather than a flaming Dodge Charger, whilst still retaining base functions such as spinning wheels. However, the set should still be a good substitute if want to have a go at the junkyard build yourself.