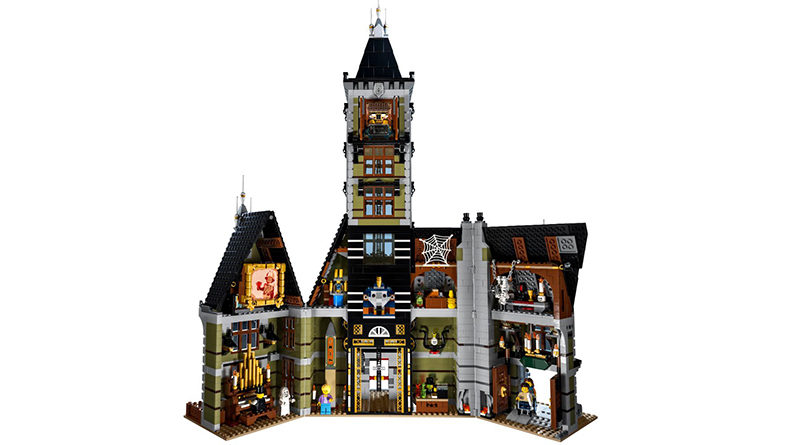 The announcement for 10273 Haunted House reveals that the haunted house ride is inspired by a real LEGO world house – Manor Von Barron, the spooky home of Samuel Von Barron. Fans will know Von Barron from the classic Adventurers theme, where he was frustrating the efforts of Johnny Thunder.

In addition to the spooky elements that belong in a haunted house, the fairground ride designers have gone to the trouble of recreating many of the stolen artefacts found in the ‘real’ Von Barron residence.

In a similar way to how the Islander head was incorporated into 21322 Pirates of Barracuda Bay, the sphinx head from 5978 Sphinx Secret Surprise has been included here. That set was a quintessential Adventurers model, capturing adventurous archaeology in the desert. In the new set, the head takes pride of place above the entrance door.

From the same set, the obelisk sits to the left hand side of the entrance. He decoration is new though, featuring different hieroglyphs to 5978 Sphinx Secret Surprise.

On the left hand side is a portrait of Samuel Von Barron. It seems that with the use of a light brick, a mummy will appear behind the character. The illustration of both characters references the original LEGO Adventures sets and suggests that the villainous monocle-wearer might have been cursed.

In the LEGO Adventurers set 7412 Yeti’s Hideout, Pippin Reed is seeking out a yellow artefact in the Himalayas that is contained within a shrine. It is included in 10273 Haunted House in the attic section above the ticket desk, on the right hand side. It could the Organ of Catarino referenced in the press release, which might be a reference to former LEGO designer Tiago Catarino.

Above the organ are two familiar looking dog heads. Statues based on the Egyptian dog Anubis were common in Ancient Egypt and one features in 5938 Oasis Ambush. The subtle inclusion in 10273 Haunted House seems to be a reference to the 1998 set.

It is not only LEGO Adventurers that is referenced here, with the Orb of OGEL being a nod to the Evil Orbs that appeared in 6776 Ogel Control Center, before continuing to appear in the Alpha Team theme. It seems that Von Barron has electic taste when it comes to strange artefacts from different civilisations.

It seems that Samuel Von Barron, who so often sported a top hat, has met his ultimate fate in this set. The skeleton hanging upside down might just be a prop to scare thrill seekers, but the choice of hat must be more than a coincidence. 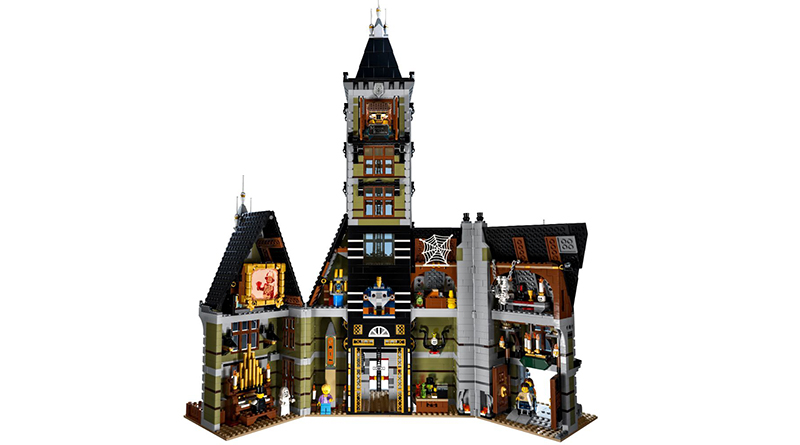