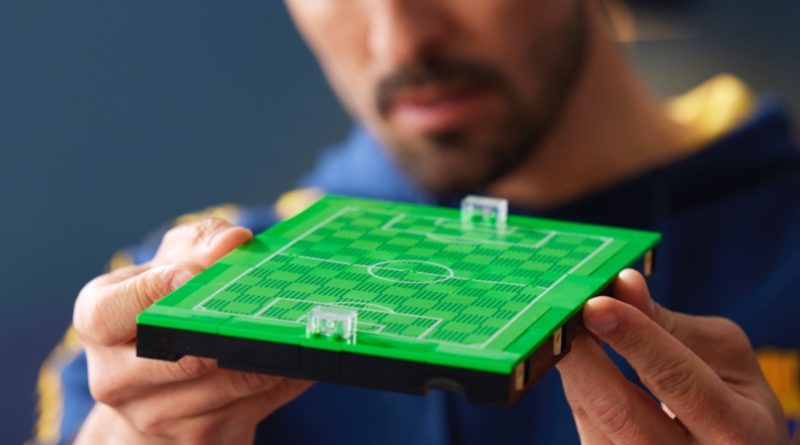 LEGO and football are firmly intertwined with the reveal of 10284 Camp Nou – FC Barcelona, and there are plenty more stadiums that also deserve to be recreated in bricks.

The LEGO Group has followed up 10272 Old Trafford – Manchester United with the highly-anticipated 10284 Camp Nou – FC Barcelona, which has just launched at LEGO.com. The Manchester United stadium provides a stunning level of detail, stretching to flags hung on the Old Trafford stands, and Barcelona supporters will be excited about building their own iconic stadium.

But which other fans should get the opportunity to build their home arena from the ground up? Join us as we consider some of the best options for future LEGO football stadium sets.

One of the most famous stadiums in history, the Stadio Giuseppe Meazza is known as San Siro after the district of Milan it lies within. Home to Serie A sides Milan and Inter, it’s officially named after a player who starred for both clubs and managed Inter on three separate occasions.

The stadium may only have a few years left of service, however, with a new ground planned to take its place in the near future. As such, it’s the perfect time to immortalise San Siro in LEGO bricks.

Real Madrid are one of the world’s biggest football clubs, with millions of followers across the globe. Named after the club’s former player and president, the Estadio Santiago Bernabeu has undergone significant recent renovation, making this an ideal time to create a LEGO set in its honour.

The modern, futuristic design could translate brilliantly into a build, while the opportunity to include a removable roof adds another quirky feature to this potential set.

Home to Bundesliga side Borussia Dortmund, Signal Iduna Park is one of Europe’s largest club stadiums. Commonly known by its former name of the Westfalenstadion after the region of Germany it’s in, the stadium is famous for its iconic Yellow Wall.

Reflecting the colours worn by the team, it is Europe’s largest free-standing grandstand, boasting a capacity of 25,000. This would be the centrepiece of the build for fans, while the stadium’s flashes of yellow would make it a bright and colourful addition to any LEGO for Adults collection.

Home to the England national football team, Wembley Stadium was rebuilt in the 2000s. Instead of the old twin towers, the modern stadium’s signature feature is the world’s longest unsupported roof structure, the 134-metre-high Wembley Arch. There’s also a sliding roof, which could be another interesting feature of any future LEGO set.

Wembley has been the site of many famous sporting moments over the years, while the opportunity to build the stadium may also appeal to music fans, as this is also one of the world’s foremost arenas for the planet’s biggest musical acts.

Speaking of big, they don’t come much bigger than the Maracana in Rio de Janeiro, Brazil. Along with Wembley, many fans think of the Estadio Jornalista Mario Filho as a spiritual home of football, with the cavernous venue playing host to the World Cup final in 1950 and 2014. The first of those two finals saw a record attendance of 199,854, while the stadium has held in excess of 150,000 people on 26 occasions.

Renovation works at the start of the decade reduced the capacity to just under 80,000 in the interests of all-seater safety, but the iconic two-tier bowl design remains for a stadium that hosts Flamengo, Fluminense and the Brazil national team.

As the home of Ligue 1 giants Paris Saint-Germain, the Parc des Princes is also the new home of one of the game’s greatest ever players, Lionel Messi. The Argentine has moved from Barcelona and Camp Nou to PSG, joining the likes of Kylian Mbappe and Neymar in their quest to finally land the club’s elusive maiden Champions League crown.

As one of the game’s newest superpowers and with a stadium that has a great design, there are lots of LEGO fans around the world who’d enjoy building their very own Parc des Princes. Messi minifigure, anyone?

The Premier League’s latest and greatest stadium is unquestionably Tottenham’s shiny new arena, built on the site of their old White Hart Lane home. Opened in 2019 amid great fanfare, the venue’s panelled design would translate brilliantly into a LEGO stadium set, especially if the panels were movable as in real life.

There’s also a sliding pitch for NFL games that’d make for a unique feature, along with the golden cockerel that sits proudly atop the South Stand’s roof.

Support the work that Brick Fanatics does by purchasing your copies of 10272 Old Trafford and 10284 Camp Nou – FC Barcelona through our affiliate links. Thank you!