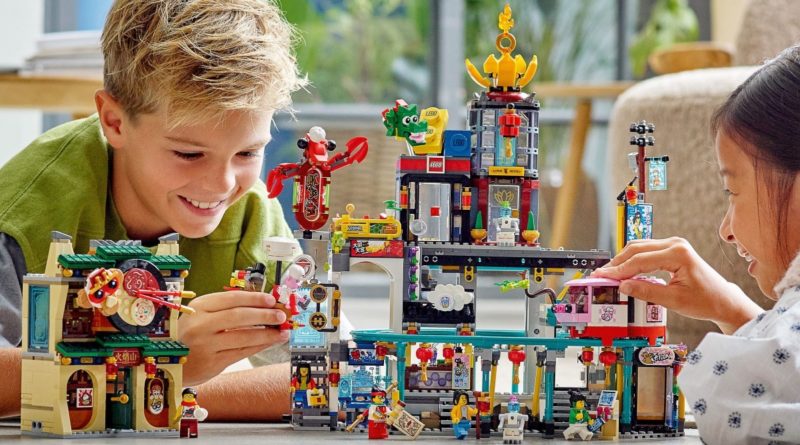 Seven brand new LEGO Monkie Kid sets have just launched at LEGO.com in the UK and Europe, including 80036 The City of Lanterns.

Rightfully stealing headlines for its impressive footprint, overwhelming use of colour and brilliant attention to detail, the biggest set of the latest Monkie Kid wave also marks much better value for the China-focused theme, offering 2,187 pieces for just £114.99 / $149.99 / €119.99.

That’s an improvement that’s reflected across Monkie Kid’s entire assortment for January 2022, with pretty much every set delivering builds at more favourable price points than we’ve previously seen from this theme. And they’re not lacking in the design department, either.

Other highlights include 80035 Monkie Kid’s Galactic Explorer, which takes the gang into space, and 80033 Evil Macaque’s Mech, which proves there’s still plenty of life left in a familiar format for the LEGO Group. 80031 Mei’s Dragon Car also looks to be a worthy ground-based successor to last year’s sublime 80020 White Dragon Horse Jet.

Check out all seven sets in the latest line-up below. These are all available to order from LEGO.com or buy in LEGO Stores from today, January 1. Like previous Monkie Kid sets, though, they probably won’t be available through third-party retailers.