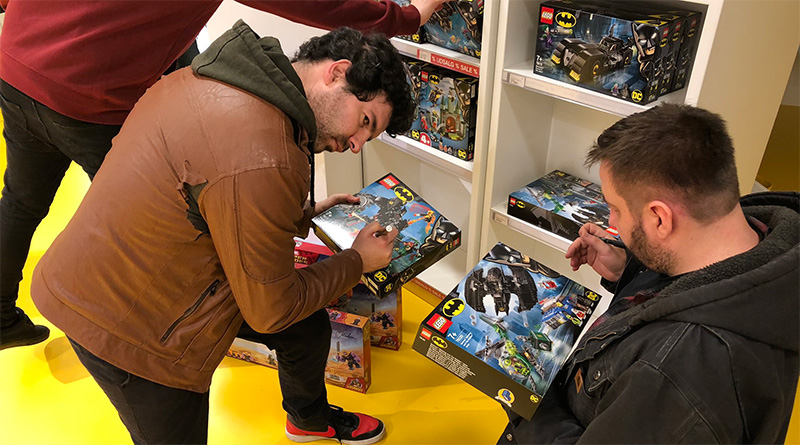 A few LEGO designers have spent their morning signing boxes in the store at the LEGO House.

Anyone who is in the market for signed LEGO sets, and in the vicinity of Billund, Denmark, should head to the LEGO Store in the LEGO House. Senior Model Designer Justin Ramsden and his colleagues have taken their sharpies and signed sets they designed for lucky shoppers to pick up.

It was only today that the Home of the Brick re-opened after being closed for the beginning of the year, so the freshly signed sets will be a nice surprise for the first visitors.

Last year, Brick Fanatics had the opportunity to build 40366 LEGO House Dinosaurs right underneath the original statues and find out about how the exclusive set was developed.

Two weeks ago it was announced that Le Gourmet, the LEGO House’s upmarket dining option, is not re-opening. The dinner setting will be replaced with a modern ‘share food’ concept, with dinner served for an entire table of friends or families to share.

Tickets to the LEGO House are available from the attraction’s official website.