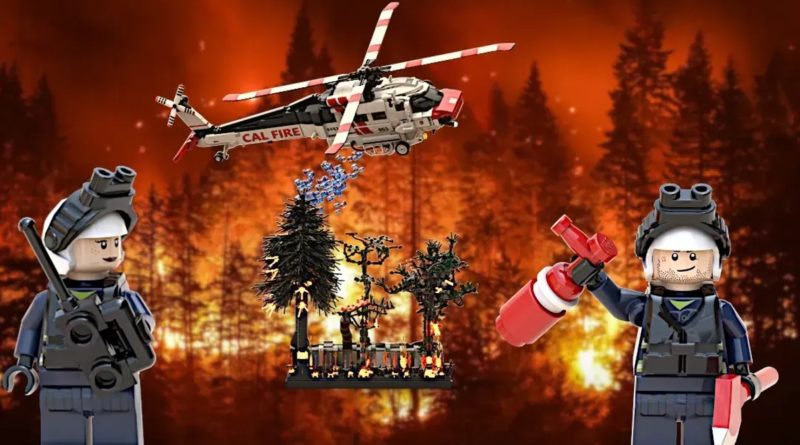 The second 2022 LEGO Ideas review continues to grow with a project inspired by a specialised fire-fighting helicopter and firefighters in California.

This latest project comes from Slekk024 and it’s their first submission to reach the 10,000 supporters needed to be considered an Ideas set. Now, it has passed into the second 2022 Ideas review round and it will be determined by a panel of judges if it’s suitable for a future LEGO Ideas model compared to the other projects in the same review.

The build itself is a recreation of the Sikorsky S-70i Firehawk, which is a model of helicopter used by California firefighters to combat wildfires in the state’s forests. The real vehicle can transport up to 11 wildland firefighters and their gear, though the project only proposes the inclusion of four which may be more realistic for a LEGO set.

It joins 19 other projects in the second 2022 review at the time of writing, which you can see by clicking on the links for each below.