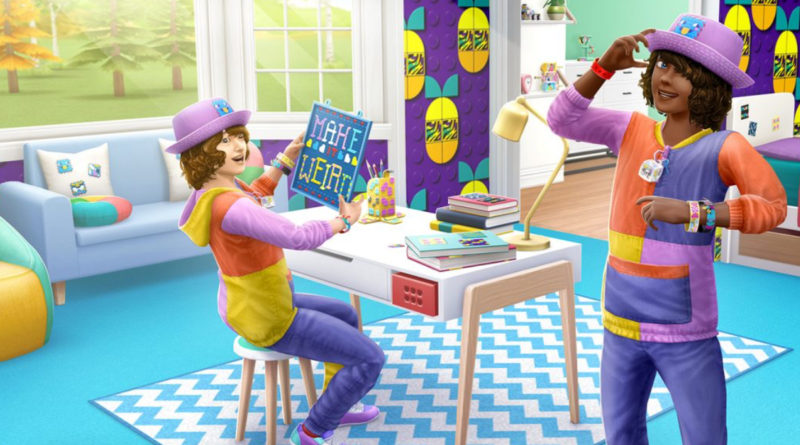 Fans of The Sims FreePlay can enjoy the LEGO DOTS theme in-game from today, with a variety of LEGO-themed items to unlock.

Created by Will Wright and launched at the turn of the century, The Sims has proven one of the most popular titles in the medium of video games. Around 200 million copies of games in the series have been sold worldwide, with various expansions and spinoffs breathing new life into it over time.

The Sims FreePlay (as its name presumably implies) is one of the more accessible entries to date. Available on various mobile devices, it allows players to build Sims and customise houses, earning various currencies as they go. Now – for the next week – anyone playing the game can earn various LEGO DOTS-themed items to customise their homes and Sims with.

To unlock these LEGO DOTS items (a full list of which can be found here) you must hit the Start Collecting button on the Live Event pop up, before placing a crafting station on your Sim’s home lot. Then you must make some arts and crafts items and collect resources from your Sim once this is completed. This will allow you to redeem LEGO DOTS-themed prizes.

If this sounds too much like hard work, you can also score a free LEGO DOTS pack in-game. This includes a pair of wallpapers and a pair of matching floors, as well as a pen and pencil case drawing set. You can acquire this from the game’s Online Store until July 24.

The crossover between The Sims and LEGO DOTS makes sense, given that both of them have a strong emphasis on creativity. If you’ve slept on the DOTS theme before now, you may want to check it out – especially as it could prove more useful than you anticipated.