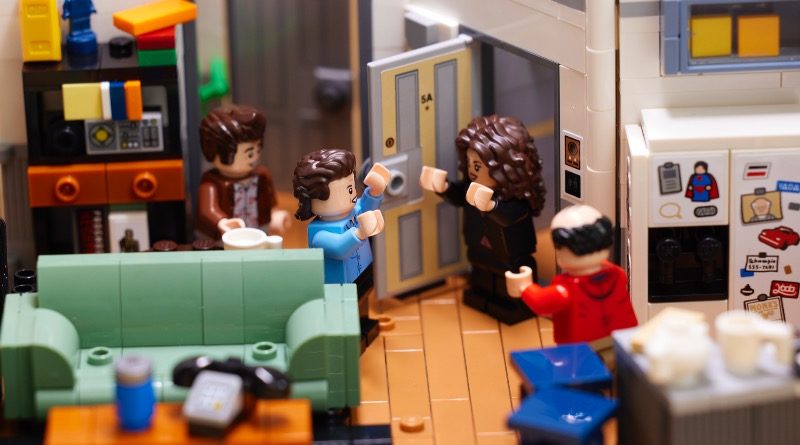 Following the release of LEGO Ideas 21328 Seinfeld, we’re looking to the world of sitcoms to see what other shows are ripe for the picking as potential future sets.

The LEGO Group seem to have gained a liking for models based on classic sitcoms, with two recently releasing including the huge 10292 The Friends Apartments and the now available 21328 Seinfeld.

With the release of another sitcom set, we can’t help but wonder what other TV locations could make for an interesting model, from series old and new alike.

With the LEGO Group’s previous attitude towards alcohol potentially shifting thanks to Marvel 76200 Bro Thor’s New Asgard, we wonder if Paddy’s Pub could be an ideal inspiration for an It’s Always Sunny in Philidelphia set.

The welcoming eatery has been home to many an adventure and tomfoolery from the gang if a few mature jokes and occurrences. However, with 14 seasons of the show currently released and more in the works, there’s a wealth of source material for a model.

This location is one that users on LEGO Ideas have proposed many times before, and it seems inevitable for the LEGO Group to produce a build based on The Office. The show, which portrays a documentary for the fictional Dunder Mifflin Paper Company takes place in the desk-filled headquarters.

With memorable characters and even more memorable pranks there are opportunities for play features and functions alike. Thanks to LEGO Ideas users voting projects inspired by the show into the review phase five times so far, there’s undoubtedly demand for it too.

Since the LEGO Group has seemingly gained a liking for sitcom apartments after 21302 The Big Bang Theory, 10292 The Friends Apartments and 21328 Seinfeld, the home of Frasier Crane from the titular show could be the next best choice.

With plush furniture and a generally calm atmosphere, the LEGO designers could work in more than a few references for a larger build, or potentially set their sights on recreating a smaller scene directly inspired by an episode of the show.

A classic police precinct is something that the LEGO Group has only briefly touched on in 10278 Police Station (not counting the multiple CITY police stations) and considering the upcoming eighth season of Brooklyn Nine-Nine, a set based on the sitcom seems like a perfect fit.

There are two potential options for a model, with either Captain Holt’s office or the main floor itself being the subject. The decision could come down to size but either way we’d love to see Cheddar the Corgi included in one way or another.