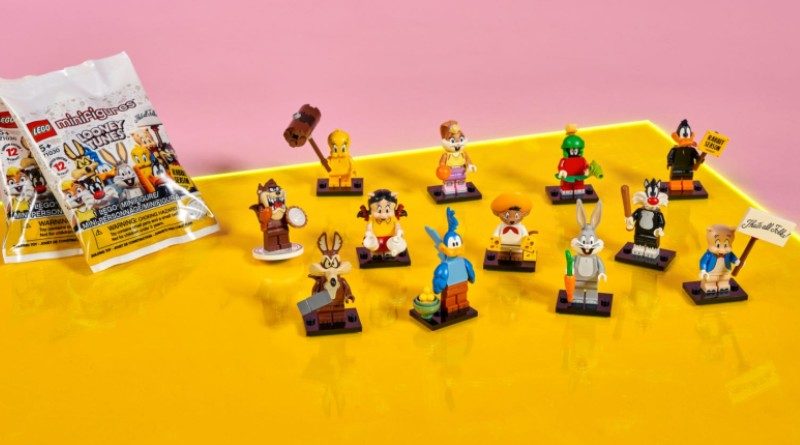 With such exciting LEGO offers on the horizon, we know how annoying it can be to be just out of the next price threshold, so how about some inexpensive sets to tip you over the edge?

Today sees the launch of a few tempting LEGO deals, including the return of a tribute build and a single miniature sneaker. Whilst we’re sure that you already have some sets in mind, what if you fall just short of one or more of these promotions?

Well, we’ve got the guide you need on some of the best and smallest additions to your basket that will get you the deals you want without spending more than you have to.

What better way to populate your new LEGO sets than with a colourful cast of minifigures? The latest series of Collectible Minifigures brings the world of Looney Tunes to bricks, with one of 12 characters included in a single pack. At £3.49 / $4.99 / €3.99, 71030 Looney Tunes will net you an exclusive minifigure and could even be stacked with other options to score you every new LEGO deal.

Those looking for a small building experience instead of unique minifigures have plenty of options on the official online store. Builders wanting to expand their LEGO Super Mario courses or with a penchant for the titular plumber might enjoy a mystery enemy or item in 71386 Character Packs – Series 2. From the Paragoomba to the Ninji, even the most avid of Mario fans will find something recognisable here.

We couldn’t make this list without including the classic and iconic LEGO Polybags. These small sets come in a single bag with the necessary instructions and include anything from a pair of desirable minifigures to an adorable animal build. The latter is a reference to the latest addition to LEGO.com, as one of the LEGO Group’s retired monthly mini-builds has been made available again. 40398 Easter Bunny is available for £2.49 / €2.99 making it the cheapest set on this list.

One series of Collectible Minifigures clearly wasn’t enough for the LEGO Group as the new VIDIYO theme has introduced 43101 Bandmates, which provide some equally detailed minifigures alongside some unique printed tiles that can be used in the accompanying app. Even if builders have no interest in the software, it might be worth getting at least one LEGO VIDIYO 43101 Bandmates for the crazy concepts within.

One way to get your basket just over the next price threshold whilst also personalising your non-LEGO gear is to attach a minifigure of some of your favourite characters. The LEGO Group has been quickly expanding the selection of keyrings on the official online store as of late with licensed characters such as those from Sesame Street and Minions. Almost all of them will cost you £3.99 / $5.99 / €4.99 each.

Rounding out our choices for small LEGO sets isn’t much of a set at all. In fact, 41932 Extra DOTS – Series 5 is exactly what it says on the bag, the fifth instalment of Extra DOTS packs with some colourful and uniquely designed tiles. A LEGO Designer for the set has recently taken to social media to showcase the miniature artwork, including some neon signage that might be right at home in your LEGO city.