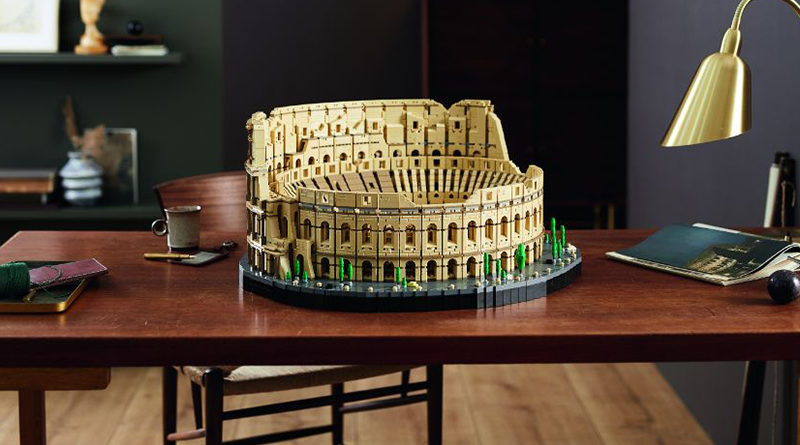 Another double VIP points event has begun on the official LEGO online store, so what better way to take advantage of the offer than by buying some of the biggest sets?

LEGO VIP credit can be such a useful tool for builders, from getting money off upcoming purchases to redeeming some exclusive products, including some pending addon packs with plenty of colourful and thematic pieces between them.

To help bolster your supply we’ve got a handy list of some huge LEGO models to get you to most VIP points possible during the limited-time event.

As one of the newest additions to LEGO.com, Marvel 76178 Daily Bugle is officially entering its first double VIP points event, making the massive set worth even more VIP points than before.

With many exclusive minifigures and a magical surprise as part of the building experience, the set seems worth it even without a double VIP points event. However, those who decide that a trip to Diagon Alley is on your calendar this month then will see 5,920 points added to their account.

For the motorised maniacs amongst you, perhaps a trek to LEGO Technic is what you’re looking for. As one of the older models on this list, 42100 Liebherr R 9800 Excavator still manages to stand up to the more recent inclusions to the LEGO Group’s catalogue.

It may not be the largest LEGO set any longer but 10276 colosseum is still one of the most expensive models on LEGO.com, and such a high price point means not only an authentic recreation (at least for now) of the famous wonder of the ancient world but plenty of VIP credit, especially when they are doubled.

Should you decide to catch up on the Creator Expert build, look forward to 7,200 points being added to your current total in your VIP account.

LEGO Ideas is home to inarguably some of the most unique models from the LEGO Group, whether it be a return to a nostalgic theme or a beloved sitcom, we can’t forget some of the older creations from the theme that remain on the official online store and are perfect for picking up some points alongside a lengthy build.

As we approach the very end of this list, what better set to top it all off than one that has remained on the official online store for five years. At this point, many builders may already own 71040 The Disney Castle but with the LEGO Group seemingly expanding their collection of large Disney fortresses with 43197 The Ice Castle, this might be a good time to catch up if you haven’t already.

If the 4,080 bricks and five minifigures in the iconic castle aren’t enough to tempt you, then how about 4,800 VIP points upon purchase?