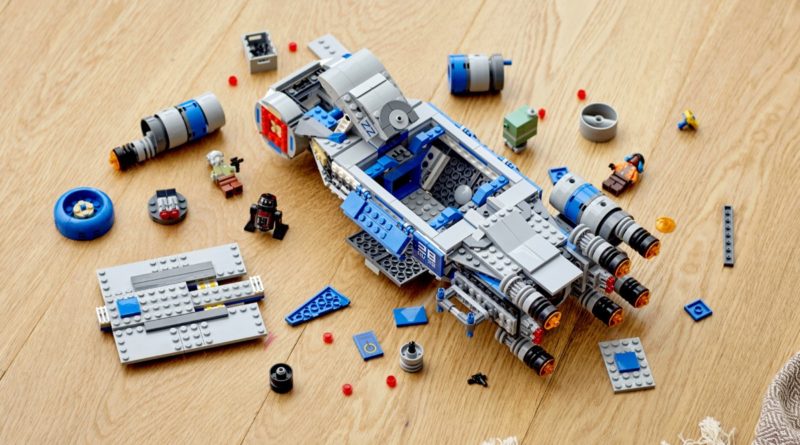 The LEGO Star Wars theme is no stranger to redesigns and re-releases, but these six retiring sets are obscure enough that we probably won’t see them again.

With at least nine more TV series and multiple movies on the horizon, the LEGO Group definitely isn’t going to be short of source material for its Star Wars theme – and as it’s already shown across this summer’s wave, it isn’t afraid to almost entirely ignore the Skywalker Saga in favour of what’s hot at the moment.

It’s fair to assume that we might therefore start to see the LEGO Star Wars team scaling back on the number of re-releases and redesigns landing on shelves over the next few years. While we’ll probably always be able to buy an X-wing or Millennium Falcon, chances are slim that any of these retiring sets will be seen again – so if you want them, now’s the time to grab them.

Plus, if these really are the only examples of these sets we’ll ever see, they seem destined to increase in value on the secondary market (where other sets may be succeeded by bigger and better versions down the line). Dive into the list below, or click here for a full rundown of every LEGO Star Wars set retiring in 2021 and beyond.

Even the Ultimate Collector Series line-up isn’t safe from redesigns, but given it took the LEGO Group 21 years to get round to 75275 A-wing Starfighter – even while we’ve already had two UCS X-wings and two UCS Y-wings – it’s hard to imagine we’ll see another one.

That assessment is compounded by the fact that 75275 A-wing Starfighter is leaving shelves after only 18 months. That’s not an unusual lifespan for a regular retail set, but it’s definitely a compacted one for a direct-to-consumer model. (Case in point, 2019’s 75252 Imperial Star Destroyer is still alive and kicking.)

As original trilogy icons, 75274 TIE Fighter Pilot Helmet and 75276 Stormtrooper Helmet don’t feel like the most obvious contenders for this list – but chances of updated versions in future seem beyond feasibility when there are so many other candidates for the Helmet Collection, should the series of buildable buckets persevere beyond 2021.

75277 Boba Fett Helmet will also remain on shelves into 2022, suggesting these two rank-and-file sets perhaps haven’t proved as popular. But anyone wanting a complete collection of LEGO Star Wars helmets in future is going to need them, so they could well be worth grabbing extras of.

A surprise among the LEGO Star Wars line-up even when it was first revealed and released, this is the one and only set based on Disneyland/Walt Disney World’s Star Wars: Galaxy’s Edge theme park. The LEGO Group is au fait with diving into seemingly random parts of a galaxy far, far away, but we’re not expecting to see another rendition of this relatively obscure ship… well, ever again.

Still, it’s worth picking up for its cast of colourful characters alone, and if heading to Galaxy’s Edge is on your bucket list, you wouldn’t want to have missed out on the only accompanying LEGO set. Buy it and store it away until you get there, then pull it out for a post-trip celebration.

It’s no secret that Star Wars: The Rise of Skywalker didn’t go down brilliantly with everyone, and nor will you win any prizes for pointing to the similarly mixed reception to last year’s 75284 Knights of Ren Transport Ship.

Completely out of scale with its included minifigures and vastly overpriced for what it is, this is probably nobody’s favourite LEGO Star Wars set of the past few years, so it’s difficult to imagine the LEGO Group giving it another go. The ship is really nothing to write home about, but its Knights of Ren minifigures could be worth a bundle on the aftermarket in years to come…

Seemingly based on the virtual-reality experience Star Wars: Secrets of the Empire by dint of its blue-tinted Imperial Transport Pilot, 75251 Darth Vader’s Castle is such a rarity for the LEGO Star Wars theme that we doubt it’ll ever pop up again.

It’s a playset filling a mid-tier price point (compared to typically cheaper location-based sets, or at the other extreme, the Master Builder Series collection), and draws from a pretty obscure part of the canon – even if Vader’s castle did show up in Rogue One: A Star Wars Story. Grab it while you can, because this one probably won’t be coming back.

We’ve seen approximately 10,000 versions of Luke’s landspeeder in LEGO bricks to date, so expect a new one on shelves as soon as, oh, 2022?