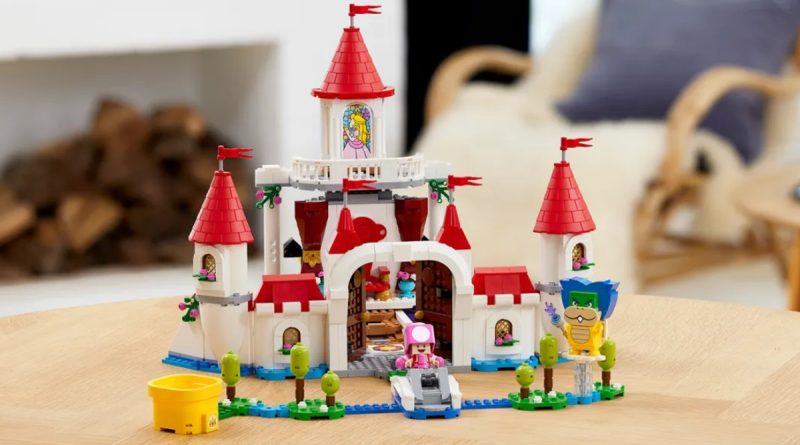 We’ve had a look at The Super Mario Bros. Movie and though no sets have been confirmed, some LEGO Super Mario models work with the trailer.

Created in a partnership between Illumination and Nintendo, and before Nintendo Pictures launched, The Super Mario Bros. Movie now has a trailer following months of silence on the project. You can watch the trailer by clicking on the video below.

The LEGO Group’s partnership with Nintendo has already led to the release of LEGO Super Mario and we’ve picked out a few builds that should help you get ready for the film’s arrival on April 7, 2023:

Bothy 71360 Adventures with Mario and 71387 Adventures with Luigi are immediately relevant thanks to the two brother’s roles in the trailer. While Mario seems likely to be the star of the film, both starter courses will let you jump into the course-building theme.

Notably, casting has also confirmed Peach for the film so 71403 Adventures with Peach is also applicable, though she hasn’t yet been featured in official footage.

LEGO Super Mario 71411 The Mighty Bowser is one of the biggest sets in the theme to date and the most recent too. With the majority of the first trailer for The Super Mario Bros. Movie dedicated to Bowser, a huge build of the fearsome villain could be a good way of getting ready for its release.

Featured in both the poster and at the end of the film’s first trailer, Peach’s Castle is the heart of the Mushroom Kingdom sat atop one of the rounded peaks in The Super Mario Bros. Movie.

After a smaller version of the castle, the iconic location now has a full-sized set in 71408 Peach’s Castle, also featuring a Bowser figure in case you want the enemy without buying 71411 The Mighty Bowser.

Though the kingdom was never specifically named in the trailer, the penguins at the start of the footage look strikingly similar to the citizens of Cool Cool Mountain from Super Mario 64.

While miniature versions were included with a diorama of the level in 71395 Super Mario 64 Question Mark Block, you might be better off with the penguin figure in 71402 Character Packs – Series 4 for depicting these characters.

In The Super Mario Bros. Movie, it appears that Bowser has been upgraded from an airship to a floating volcano. However, that doesn’t make 71391 Bowser’s Airship entirely irrelevant.

Bowser’s loyal and magical Magikoopa, Kamek, plays a key role in defeating the penguins in the trailer and he is included in only two sets. These include 71391 Bowser’s Airship and 71407 Cat Peach Suit and Frozen Tower.