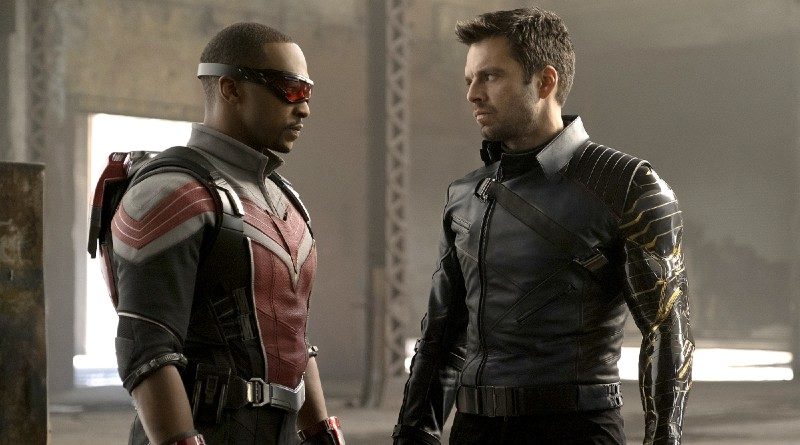 The LEGO Marvel theme has seen some incredible sets released alongside the movies – but now that its focus is rumoured to be shifting to Disney+ TV shows, what sets can we expect to see in future?

Every Marvel fan has been glued to their seats every Friday, whether it was to work out the mysterious plot of WandaVision or to watch the aftermath of the Blip play out in The Falcon and the Winter Soldier (TFATWS). There’s been no shortage of iconic scenes, which has put our minds to wondering what might make it into a LEGO Marvel set.

So far there have been rumours of a Marvel Disney+ LEGO Collectible Minifigures Series and a LEGO set to match the upcoming animated series What If…?, but there’s plenty of fodder for any number of other potential sets.

Nothing is confirmed just yet, but these are a few scenes that have already come to Disney+ in WandaVision and TFATWS that we’d love to see reimagined in bricks. Be warned: some spoilers for both shows ahead.

The house itself was the main setting for most of the WandaVision TV series, with meticulous set design taking us through every decade that Wanda imagined herself into. The living room could form the foundation of the display, with different furniture you could swap out for all of the major decades, making it multiple sets in one.

Of course, to complete the home, you need the family as well. Wanda and Vision minifigures are a must, along with Fake Pietro and the two twins. If the LEGO Group decided to go all the way, you could even have a miniature Sparky the dog to really have the whole family present.

The fact that Wanda and Vision’s home changes so much throughout the series would give designers plenty of room to get creative with the structure and design, just as they did with 75810 The Upside Down. Who knows what inventive ways they could come up with to show one house through the ages in bricks?

The first major fight scene where we saw Bucky and Sam team up once again was atop two moving trucks in Episode 2 – ideal for a LEGO redesign. The hypothetical set could include both vehicles themselves, along with minifigures for all the major characters: Sam, complete with Falcon wings; Bucky and his metal arm; John Walker and his appropriated shield; sidekick Battlestar; and apparent villain Karli Morgenstern and her striking mask.

With so much action contained in one scene, you could easily recreate the entire thing, from Sam and Bucky’s first unfortunate blows through to the unwelcome rescue by Walker. As a scene that featured so prominently in the original trailer of the show, it’s certainly striking enough to catch even the casual fan’s eye.

WandaVision took us further into the past than any Marvel movie or TV show has done before. Agatha’s backstory in Episode 8 shows her tied to a stake during a witch trial in Salem, apparently terrified for her life at the hands of her own mother and former coven. The tables are turned on the witches when they try to kill Agatha, as she starts to consume their power for herself, sucking their energy from them in purple waves.

It would be a striking scene to see recreated in bricks, with purple energy parts to represent Agatha’s magic. Of course, you’d need the platform that Agatha was intended to be burned on as well, with flames crackling underneath, as well as minifigures of Agatha and the other witches to recreate the scene. Round it all off with some trees for surroundings and you’ve got your very own brick-built witch trial to display.

TFATWS has no shortage of fight scenes, and the next one is a big one. Reunited with Sharon and in an unlikely alliance with Zemo, Sam and Bucky have to fight their way out of Madripoor in Episode 3, battling dozens of hired criminals. It’s also the first time that we see Zemo don his mask from the comic books, so capturing that moment in a minifigure would be a particular treat.

With brick-built shipping containers large enough for the minifigures to hide behind, you could recreate your very own Madripoor shootout, with featured characters of Sharon, Zemo, Sam, Bucky, and a couple of anonymous Madripoor muscle. As an extra present from the LEGO Group designers, it would also be great to see a brick-built version of Zemo’s stolen 1968 Pontiac Firebird Convertible.

Naturally, the most iconic scene from WandaVision was the final showdown between Agatha and Wanda – or Scarlet Witch, as she has finally become – in Episode 9. Wanda’s minifigure could be a recreation of our first look at her new outfit as Scarlet Witch, a modern redesign of her iconic comic costume. The blasts of power that both witches throw at one another could also be recreated in the same way that energy pulses are thrown from 76164 Iron Man Hulkbuster versus A.I.M. Agent, with a flick of the finger.

Another challenge for the LEGO designers are the symbols that Wanda throws up on the enormous dome, a trap of Agatha’s own design, but perhaps simple panels could depict the burning orange symbols that spelled Wanda’s victory over Agatha. Once again, it would be another incredible scene to put on display.

Finally, a more emotional moment in TFATWS was Sam returning to his family home and facing the aftermath of the Blip in Episode 1. The financial struggles of his sister and his family mean that they might be forced to sell the family boat, Paul & Darlene, named for their parents – but perhaps we can save a version of it for ourselves in LEGO bricks.

The boat itself isn’t on the screen for long in the TV show, but it’s a topic of much discussion and is clearly an important and sentimental vehicle for Sam. Plus, it would mean including a Sam minifigure in a rare moment where he’s not wearing his wings and both feet are set firmly on the ground – much easier to display!

With all of the other action-heavy scenes in TFATWS, it would be great to see a more reflective scene captured as well, in this emotion-filled reunion between Sam and his sister.

Who knows whether we’ll see any of these scenes or others in upcoming LEGO Marvel sets, but we hope our guesses aren’t too far off. We will of course keep you updated on whether any of these sets will indeed be coming to shelves near you down the line.