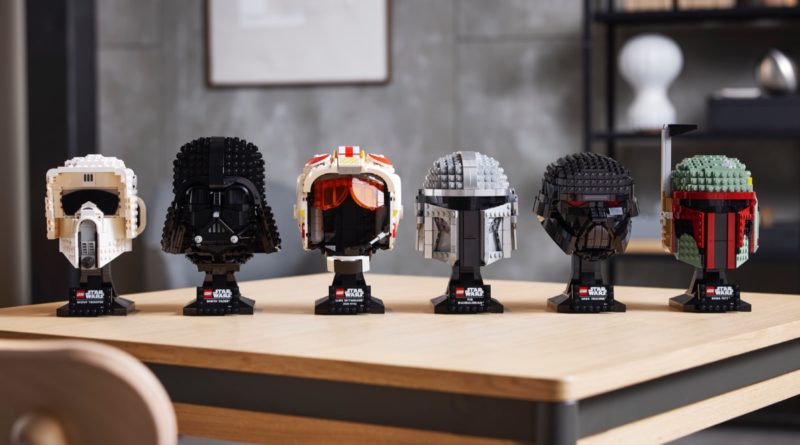 The LEGO Star Wars team has added three new characters to its Helmet Collection, including one of our requests – but there are still plenty of helmets we want to see join the ranks.

The official collection of brick-built helmets now stretches to eight sets in total, and the definition itself has been stretched further still with the addition of 75343 Dark Trooper Helmet (which is technically a head, rather than a helmet). But while that set and 75328 The Mandalorian Helmet have also brought us our first examples from beyond the original trilogy, we’re still missing some key characters from across the entire Star Wars saga.

From our last list, only Din Djarin’s helmet has so far come to pass – so while we wait for the rest, including Kylo Ren, General Grievous and Bo-Katan Kryze, here’s another six that could see this subtheme run for years to come.

The LEGO Group has shown it’s not afraid to get obscure with its helmets, inasmuch as 75343 Dark Trooper Helmet isn’t quite as iconic as a Stormtrooper or Scout Trooper. So, why not carry on burrowing into the Imperial ranks with a Shoretrooper? The Rogue One soldier would offer another colour option alongside the swathe of black, white and grey helmets released so far, and it’s arguably just as well-known as the Dark Trooper.

We’ve got Luke’s pilot gear, so why not his dad’s? Our desire for prequel trilogy-inspired helmets is so strong that we’d even take something like this podracer helmet. The template is already there with 75327 Luke Skywalker (Red Five) Helmet, and the goggles would arguably be easier to accomplish than the awkwardly-shaped visor of this year’s LEGO set.

So the LEGO Group doesn’t want to give us any traditional Jedi: Fallen Order sets. Okay, fine. But what about a helmet? The Second Sister’s could be incredible, all intimidating red visor and pointy black angles. Yes, those same words could also describe 75343 Dark Trooper Helmet, but ‘a black and white helmet’ also isn’t enough to distinguish a Stormtrooper and Scout Trooper. Plus, the Helmet Collection’s 18+ label would sidestep any age rating concerns…

We could list any number of Clone Troopers in a feature like this, and indeed we already nominated the 501st/332nd Legions in our previous rundown of potential helmets. But if we’re talking specific characters, who better than Captain Rex? The leader of the 501st has appeared through multiple TV shows, and has even head-canoned his way into Return of the Jedi.

Look, it’s no secret that the LEGO Star Wars design team prizes the original trilogy above all else – at least for its adult market – so a Royal Guard helmet really feels like a no-brainer at this stage. But it wouldn’t just be the low-hanging fruit of the range: it would also bring a brand new and complex shape to the table, along with another vivid splash of colour.

Given the Mandalorian Armorer has shown up again in The Book of Boba Fett, we reckon her chances of one day getting a LEGO Star Wars helmet have just gone way up. Yes, we’ve already got two different Mando buckets, but this one is completely different – and just imagine all that shiny drum-lacquered gold we’d get. (Okay, maybe not that much, if Din Djarin’s helmet is anything to go by.)

Head over to LEGO.com to pre-order the latest batch of LEGO Star Wars helmets. If you do so using our affiliate links, we’ll be able to keep bringing you content like this. Thank you!