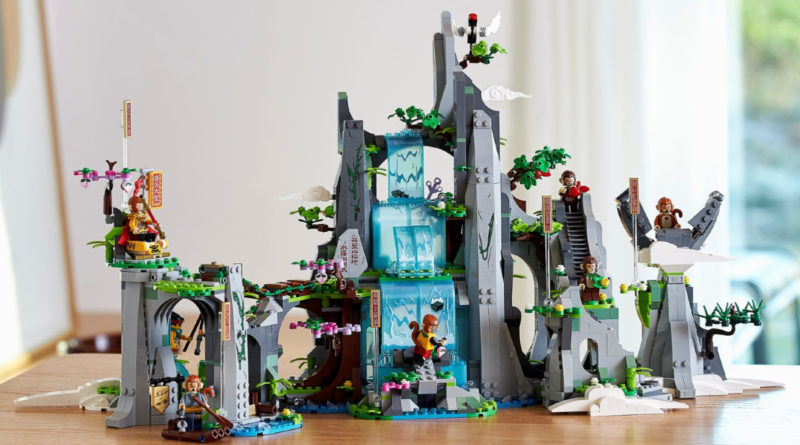 There are a lot of LEGO sets retiring at the end of the year and with double VIP points currently available, it’s a great time to pick them up.

The most recent double VIP points event is nearly over with the deal ending at the end of the day on October 16. To take advantage of this offer, you should consider ordering some of the many retiring models.

Here are six more retiring sets, following our initial list, to buy during this double VIP points event. We’ve also got a recently updated list of every set retiring at the end of 2022.

With the recent release of 75323 The Justifier, another set based on The Bad Batch Disney+ series, to complete the team you’ll need 75314 The Bad Batch Attack Shuttle for the exclusive Tech, Echo, Wrecker and Crosshair minifigures.

The source material for 76194 Tony Stark’s Sakaarian Iron Man has yet to be showcased in full, despite it being based on the What If…? Disney+ series. With this episode held back for the second season due in early 2023, securing this set before it retires at the end of 2022 will ensure that you have the model ready, as well as the exclusive Watcher minifigure.

The massive LEGO Technic 42083 Bugatti Chiron recreation will be leaving shelves before the end of the year and as an expensive set, it’s worth adding to a purchase before the day ends for a lot of VIP points.

76161 1989 Batwing is another good option for the double points event as the LEGO DC portfolio grows a bit smaller soon, especially with so few releases in 2022. This big build comes with a display stand or can hang on a wall too.

LEGO Monkie Kid continues to have some of the most colourful and unique models in the current LEGO portfolio and 80024 The Legendary Flower Fruit Mountain contrasts with the rest of theme, opting for an entirely natural model rather than a huge mech or city. It features lots of exclusive minifigures and an expansive mountain model.

The collaborative LEGO mosaic 21226 Art Project is one of the best LEGO Art sets for someone who wants to display a mosaic not covered by the theme’s official range as it features plenty of extra studs to depict whatever you need. Alternatively, there are lots of official designs for it including a Classic Space minifigure.