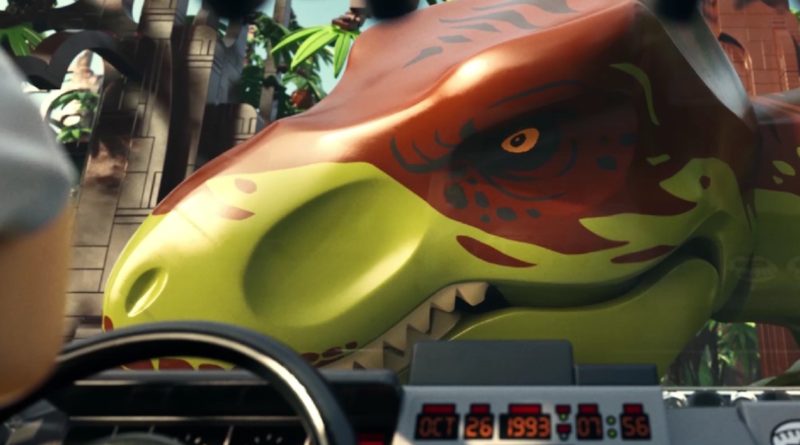 From the gates of Jurassic Park to a classic creation that has become well-known thanks to its inclusion of a certain horned LEGO animal, the LEGO Back to the Future short film takes Marty McFly and Doc Brown on a tour of brick history.

Here are six sets we spotted in the Brick to the Future short, which you can watch for yourself now on the official online store.

As another Universal Pictures property, the worlds of Back to the Future and Jurassic Park crossover in the short as the gates of 75936 Jurassic Park: T. rex Rampage before a dinosaur comes into view.

The alternate build for 31120 Medieval Castle with the extended red and white banner can be seen in the castle section of the short, next to a section of another previous model.

Just down the cobbled road from the next entry, modified buildings from 10193 Medieval Market Village are visible, and the crown sign on the street makes it clear that this is a reference to the classic set.

That next entry is where the DeLorean drives through as the arches centrepiece from 10223 Kingdoms Joust acts as an entrance to the kingdom for Doc Brown and Marty McFly.

The windmill and barn from 7189 Mill Village Raid can also be found in the castle section of the short, in what is easily the most reference-packed area of the video. However, we didn’t spot any LEGO goats.

Doc Brown got friendly with the blacksmith minifigure of 31225 Medieval Blacksmith in Brick to the Future, and his home can be seen twice in the video, facing two different directions but still fleshing out the town with another building.