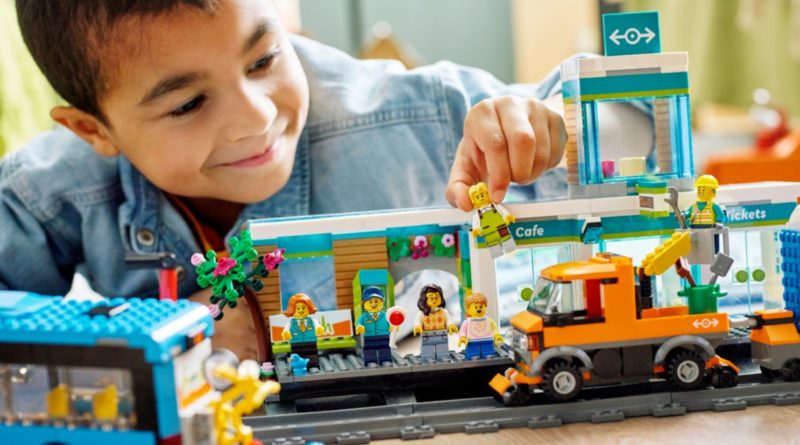 Dozens of new LEGO sets from across a variety of themes were recently revealed, and there are a few you might have overlooked.

With so many announcements for many LEGO themes over the past few days, it’s easy to glance over a select few sets, but we’re here to remind you of six upcoming models that are worth your attention.

Coming from LEGO DOTS, 41955 Stitch-on Patch offers an option to customise your clothing with bricks for those who missed out on the LEGO x Levi’s range. 95 elements are featured to customise the patch, which can be sewn into whatever you so choose. It’s not exactly a new innovation from the LEGO Group, but it’s arguably more accessible than the Levi’s collaboration.

Continuing the range of mini modular buildings from LEGO Creator is 31131 Downtown Noodle Shop. As with all LEGO Creator 3-in-1 sets, you can rebuild the main model into two other creations. For those who have a spot left in their street display, or just don’t quite have the budget for the larger series of modular buildings, 31131 Downtown Noodle Shop should be a good alternative.

The range of LEGO Harry Potter BrickHeadz also expands this summer with four new caricatures in 40560 Professors of Hogwarts, depicting characters that have yet to receive the BrickHeadz treatment.

76217 I am Groot is one of two confirmed LEGO Marvel summer 2022 sets so you might have already noticed it. However, the informative plaque included in the build is more interesting than most thanks to it being written in Groot’s language. In case you weren’t aware, he is Groot.

Anyone looking to expand their LEGO train collection with 60337 Express Passenger Train and 60336 Freight Train might also want to consider 60335 Train Station with its included bus, station, maintenance vehicle and the extra track it provides. The last dedicated CITY train station set was released in 2014, so this might be your only option for one provided you’re fairly new to the LEGO train scene.

The new NINJAGO Crystalized wave brings back many characters from the show both good and bad. Skylor is back in 71773 Kai’s Golden Dragon Raider with an exclusive outfit and face print. The main model is interesting too with a design that can switch between a vehicle and a walker.