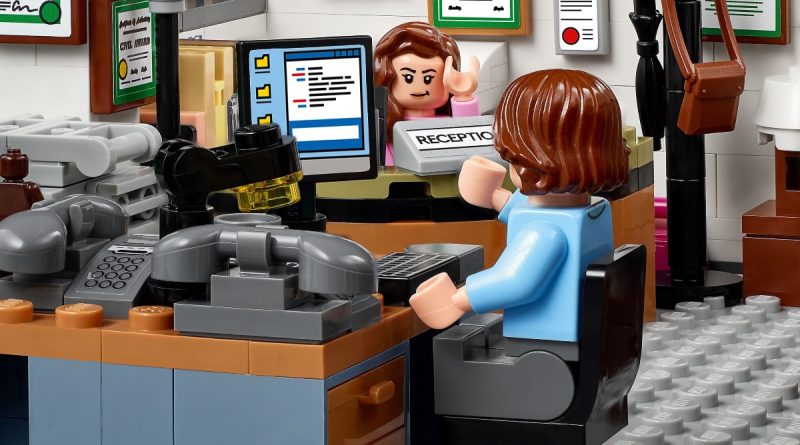 LEGO Ideas 21336 The Office crams a lot into a single set, but there’s still plenty of opportunity for an expansion somewhere down the line.

We’ve already seen the LEGO Group follow up Ideas sitcom sets (like 21319 Central Perk) with its own in-house builds (like 10292 The Friends Apartments), so an expansion to the newly-revealed 21336 The Office surely isn’t out of the question. And while the 1,164-piece set packs in most of the iconic areas of Dunder Mifflin Paper Company – along with a whopping 15 minifigures – the LEGO Group has left itself tonnes of breathing room for future Office sets.

From missing minifigures and rooms to entire new areas and even a vehicle, here are six things we’d love to see from a future expansion to 21336 The Office.

Keeping 21336 The Office’s footprint down to a manageable level was wise, and swapping its second wall from the annex entranceway (as it was in Jaijai Lewis’s original submission) to the reception was also beneficial to opening up the rest of the set. But it has another advantage, too: a future expansion could run up to and including that missing wall, connecting seamlessly to 21336 The Office.

It would therefore need to include the kitchen corridor to the annex (complete with Ryan’s cupboard office, of course), and the annex itself. That probably wouldn’t be enough to merit an entire set in itself, but there’s plenty more that could be added…

…like desk areas for Angela, Kevin and Oscar, all of whom are included as minifigures in 21336 The Office, but none of whom have anywhere to actually work. Again, we’re looking at more of the same from the initial Office set in terms of design, so it’s easy to see why this area didn’t make the cut first time round – that repetition wouldn’t have been worth driving up the price – but combining it with other elements of this list could make for a fine standalone set.

The cars of The Office are mostly incidental to their characters, with the twin exceptions of Michael and Dwight’s vehicles. Michael’s Chrysler Sebring makes repeat appearances in the show, and is even integral to a couple of episodes, but Dwight’s 1987 Pontiac Firebird is far more iconic, reflective of the character, and just way more interesting to look at (and presumably, therefore, to build in LEGO).

We all know how much the LEGO Group loves vehicles, so broadening the scope of The Office to Dwight’s Pontiac feels like something that could genuinely happen. The best way to make it fit with the rest of the layout, though, would involve including a ground floor on which to place the office floor. And that means we need to go to the warehouse…

It wouldn’t necessarily be the most interesting thing to put together or look at, but then 21336 The Office somehow makes a world of desks, filing cabinets and paperwork seem appealing, so we could see a warehouse working, too. This area could sit underneath 21336 The Office (and any same-level expansions), with a reception area around the front to give context to Dwight’s car.

Plenty of The Office’s most iconic moments went down in the warehouse, from an early Season 1 basketball game to Jim, Kevin, Dwight and Erin attempting to run the entire operation themselves in Season 8’s Lotto, so it shouldn’t be overlooked in any potential expansion set.

2 – The rest of the conference room

Okay, there was no chance of 21336 The Office including every single character from the US sitcom. Truth be told, we’re surprised to even see 15 in the final standings – especially given the set’s price tag of £104.99 / $119.99 / €119.99. But there are some pretty notable omissions from the list, which effectively only covers characters from the show’s first season.

A future expansion to 21336 The Office should – at a minimum – flesh out that roster with Jan Levinson, Andy Bernard, Erin Hannon, Gabe Lewis, Holly Flax, David Wallace and Karen Filippelli, all of whom played a pretty major role in the series at one point or another. (We could go even further to include the likes of Robert California, Roy Anderson and Nellie Bertram, but given we’d likely also see variants of Michael, Jim, Pam and Dwight in a future set, that’s probably pushing it.)

21336 The Office launches October 1 at LEGO.com and in LEGO Stores. Click here for a closer look at the set and everything it does include.