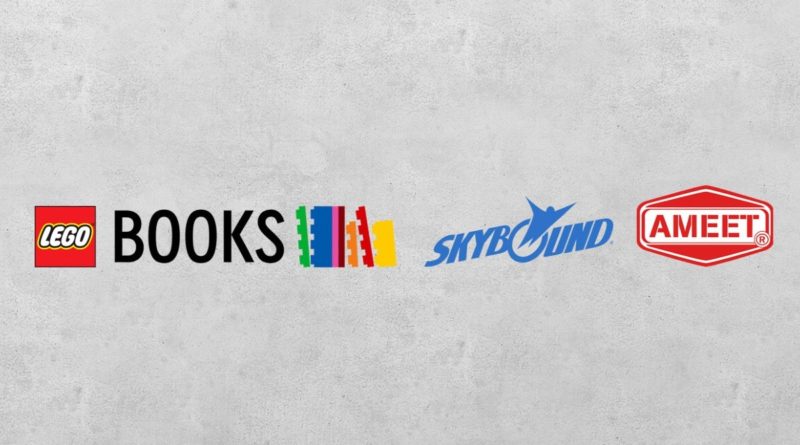 An official LEGO NINJAGO comic book will arrive on shelves next year, as the first in an ongoing series of titles from Skybound Entertainment.

LEGO NINJAGO GARMADON is a five-part series from writer and artist Tri Vuong that focuses on classic NINJAGO villain Garmadon, Lord of Destruction. Only in this story, he’s saving faraway villages from mysterious threats, in something of a heel turn for the long-missing character.

The official synopsis for the series – which is a joint effort between Skybound Entertainment and children’s book publisher AMEET – hints the story could go either way: “Has Garmadon turned over a new leaf since his disappearance, or is this just the first step in his master plan of finally defeating Master Wu and the ninja forever?”

The first issue will arrive on April 6, 2022, with subsequent instalments following in due course. It’s the first comic book series to come out of the partnership between Skybound and children’s book publisher AMEET, with more titles due to be announced over the coming year.

“When it came to our first LEGO comic book series launch, we knew it had to be full of action, adventure and heartfelt drama – everything that’s made the LEGO NINJAGO franchise so iconic,” said Sean Mackiewicz, Senior Vice President and Editor-in-Chief at Skybound Entertainment.

“We’re excited to expand the official NINJAGO mythos in partnership with our friends at AMEET and the LEGO Group to bring you the grand return of the bad guy you love to hate – Lord Garmadon!”

You’ll be able to get your hands on LEGO NINJAGO GARMADON from comic book shops, and on digital platforms including comiXology, Apple Books, Amazon Kindle and Google Play from April 6, 2022.