Following the release of Jurassic World: Fallen Kingdom yesterday, Smyths Toys and the LEGO Group have teamed up for a giveaway.

A few weeks ago, an exclusive and limited edition LEGO Jurassic World set was revealed as part of a competition running in Belgium. What makes 4000031 T. rex, that features a t-rex on a buildable display base, of note is that the edition size is limited to just 500 copies.

Now, Smyths Toys is running a competition that gives LEGO fans in the UK the chance to win this unique Jurassic World: Fallen Kingdom set. Ten sets are being given away as part of the promotion, and all fans have to do to be in with a chance is fill in a form and hit submit. 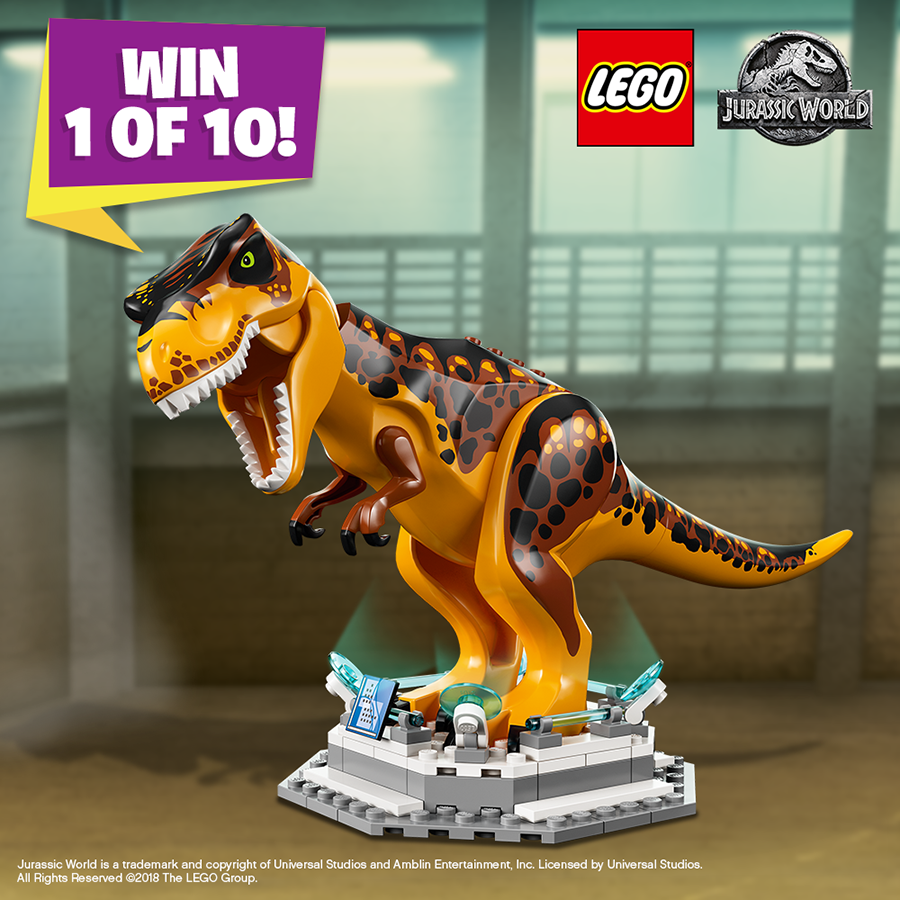