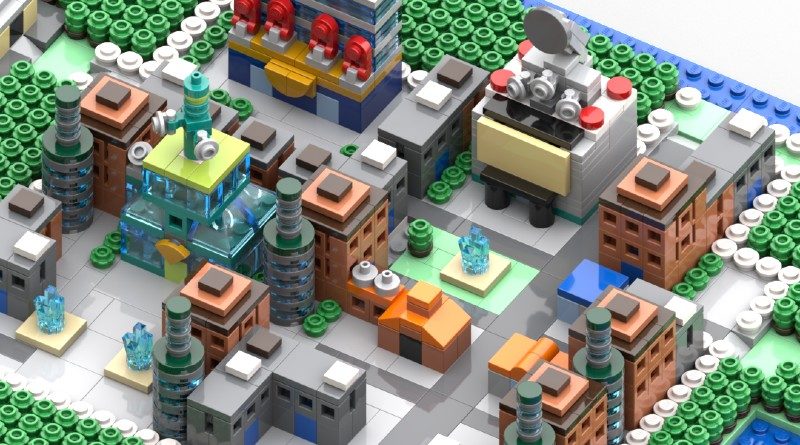 What do you do when your internet goes down? Apparently, one builder has decided to start building the Pokémon Sinnoh Region out of digital LEGO pieces.

Reddit user Scoutisaspyable found themselves without internet and with a lot of spare time this week so decided to start a hefty project, recreating the entire Sinnoh region from Pokémon Diamond and Pearl in microscale.

The builder shared his progress so far to the Pokémon subreddit, showing all 14,222 pieces of the build. The use of microscale fits in well with the game’s pixel art aesthetic and the scale of this project isn’t quite realised in the images. Each part is connected to another forming one, flowing map.

The project is currently ongoing with the builder revealing that next on the list is Oreburgh Gate and Oreburgh City. When the build is done, should it look like it does in the game, there will be plenty of gaps between cities and routes. To fix this, the user states that they’ll try to fill it in with artwork of the island.

Part usage in the build is fairly simple, but Jubilife City, or the section on the bottom right of the above gallery, does allow for some microscale techniques such as the 1×1 clip pieces forming flags or the minifigure stud holders acting as satellite dishes.

This isn’t the first time a LEGO builder has shown an affinity for Pokémon with another recreating the popular pocket monsters in brick-built sculptures. Perhaps one day we can see an official similar to this, as Pokémon is a perfect fit for the LEGO brick.