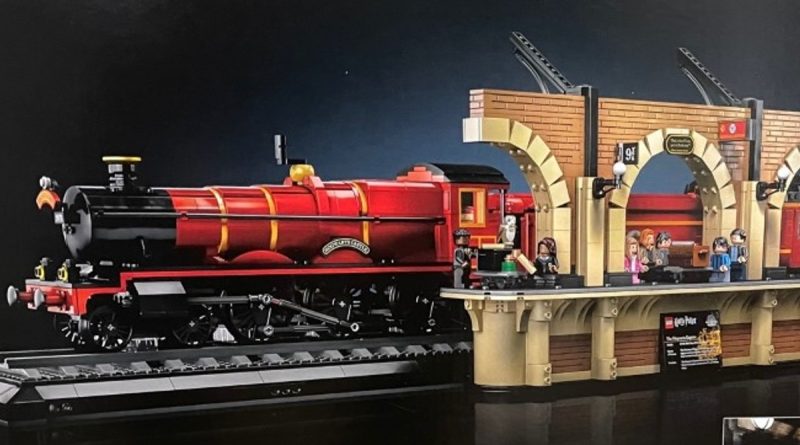 The contents of 76405 Hogwarts Express Collectors’ Edition include the train itself and a segment of Platform 9¾, the station where students would board the Hogwarts Express after travelling through the iconic wall between platforms nine and ten in King’s Cross Station.

However, the build in 76405 Hogwarts Express Collectors’ Edition for this platform appears to be ignoring that feature. Note that we don’t have high-quality images of the model at the time of writing due to the nature of its early reveal though.

A front-facing view of the platform model in the LEGO Harry Potter set via the instructions booklet gives us a clear look at the creation, and there’s no indication that something representing the hidden entryway to the secret platform is featured.

In Harry Potter and the Philosopher’s Stone, students can travel to Platform 9¾ by entering a hidden passage under one of the archways between platforms nine and ten. It could have been represented in 76405 Hogwarts Express Collectors’ Edition with a trolley halfway through the entrance. However, no such build appears to have been included.

Aside from this, there’s still a lot to look forward to in 76405 Hogwarts Express Collector’s Edition with the largest model of the train to date and exclusive minifigures based on Harry Potter and the Deathly Hallows – Part 2.