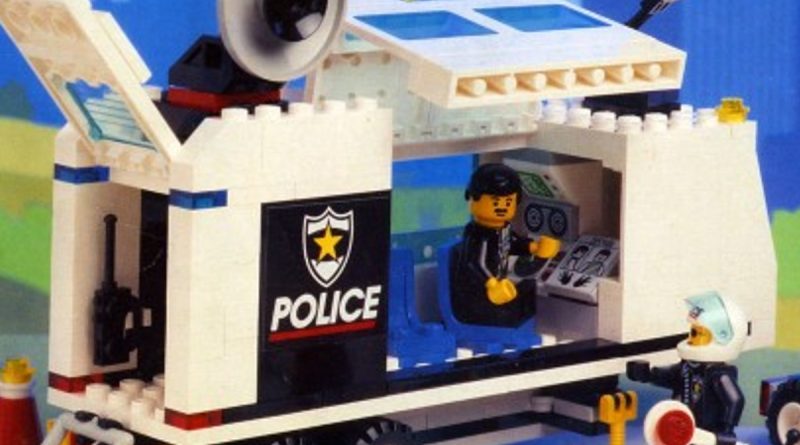 An old brick in a classic LEGO CITY set has revealed that at least one character in the theme has human hands rather than the traditional claws.

As spotted and artistically recorded by Reddit user Pintermarc (be aware that the artwork features blood), a criminal record brick last featured in 6348 Surveillance Squad features handprints for a pair of human hands rather than the claws that minifigures are known for.

This can only mean one thing, somewhere in the history of LEGO CITY, a minifigure is committing crimes using fingers rather than claw-shaped implements that most other minifigures feature. Of course, it’s unlikely that we’ll ever see this strange character in the modern LEGO CITY sets and this is probably just an oversight from the early days of the theme.

Either way, it’s a fun thought that the old LEGO design teams considered minifigures to be just like real people in the LEGO CITY universe, despite their appearance to those building the models.

Modern graphics in LEGO models have embraced the unique anatomy of LEGO minifigures such as the billboard in 10278 Police Station but the artwork created by Pintermarc isn’t the first time that a minifigure’s design has been more realistically interpreted thanks to an especially creative version of the standard minifigure.