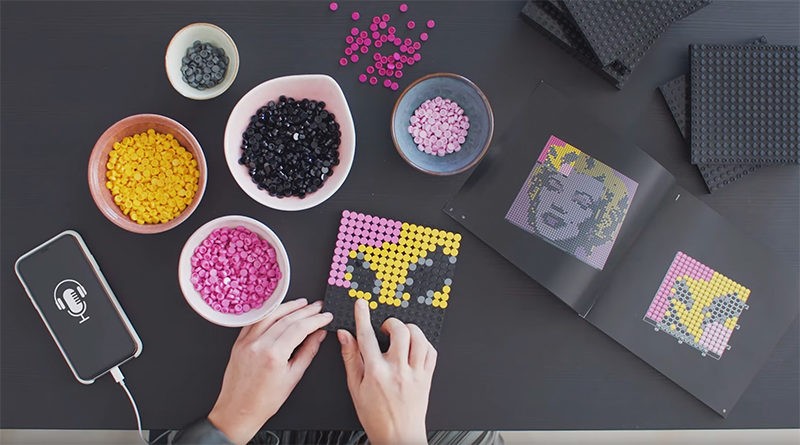 Each of the new LEGO Art sets has a soundtrack to go with it, with three of the audio commentaries now available online.

LEGO Art is the brand new theme for adults that launched on Saturday, offering a relaxing experience in which users build a mosaic by placing one 1×1 tile at a time. To encourage the idea of being immersed in the experience, the LEGO Group has created a soundtrack for each of the four sets.

Those soundtracks are now available on YouTube, at least for three of the sets, so even without purchasing 31197 Andy Warhol’s Marilyn Monroe, 31199 Marvel Studios Iron Man or 31200 Star Wars The Sith, fans can listen to what the LEGO Group came up with as the accompanying podcast. The soundtrack for 31198 The Beatles has not yet been shared on YouTube.