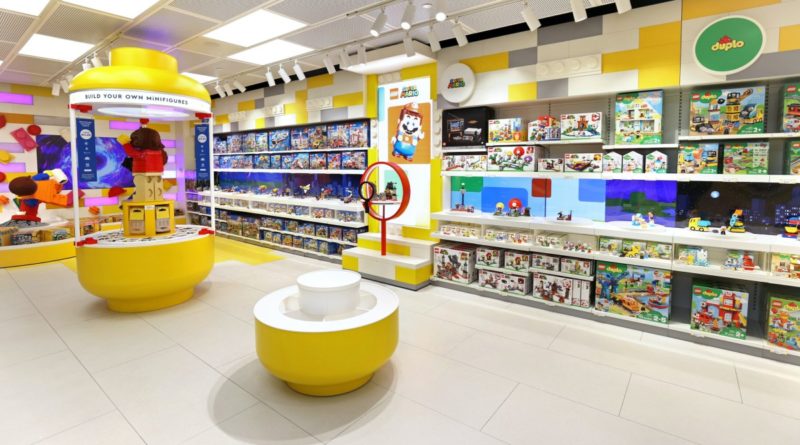 A new collection of creepy characters can now be created at Build a Minifigure stations in LEGO brand stores.

For LEGO fans, the Build a Minifigure station has always been a highlight. These facilities are found in LEGO brand stores and let you assemble your own minifigures from scratch, with several rare and unique elements available.

In recent years, the stations have had a more seasonal flavour. Characters inspired by Easter and Christmas often pop up at the relevant times, letting you expand your seasonal scenes.

With Halloween on the horizon, it’s time for some spooky minifigures to make their appearance. Promobricks has shared images of four new characters for us to assemble.

On the Halloween front a witch, a scarecrow and a child in a bat costume can all be created. While none of these elements are new, their printing and colour choices are – making them highly appealing. There’s some thoughtful design features on show here; the scarecrow has brown hands to match his head, for instance.

There’s also what seems to be a minifigure of La Catrina, a common symbol of Day of the Dead celebrations. Day of the Dead is a distinct occasion from Halloween (despite some overlap in imagery), but its typical celebration in early November may explain its presence here.

If you find these minifigures too terrifying, you can now build a new sailor minifigure and a child in a pair of pyjamas as well. The sailor torso appears to be a recolour of one from 40487 Sailboat Adventure. Several different animals are available as accessories, with the bulldog a potential new addition.

Since these elements are only officially available in LEGO stores, you’ll need to have one nearby to add them to your collection – or try your luck on the secondary market. With luck, new parts like these will be available through the online Build a Minifigure service going forward.